The newest update to Genshin Impact – version 2.4 – is set to release soon. Of course, just like with every Genshin Impact update so far, 2.4 will also be full of new content and things you can do. As has become customary for many games, leakers are also having a field day, discovering upcoming things in the game’s code. One of these discoveries is the new Ningguang Skin that you will be able to get in GI 2.4. And, while this is all currently speculation, our Ningguang Skin Genshin Impact 2.4 guide will tell you everything we know about this skin, as well as how it’s expected that players will be able to get it. 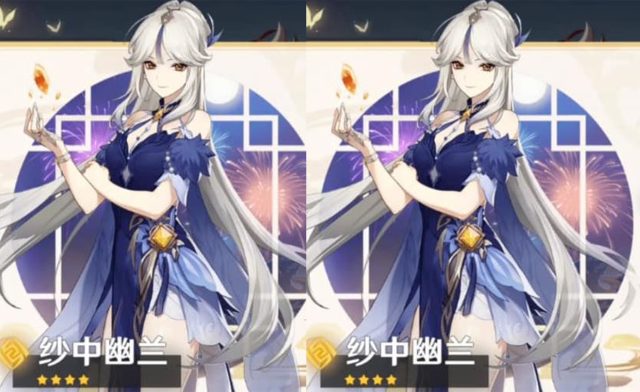 How to Get the Ningguang Skin in Genshin Impact 2.4

Again, none of this information has been officially confirmed as of yet, but it hasn’t been contradicted either, so there’s a strong chance it will turn out exactly like this. The Ningguang Skin, which you can see in our screenshot here, is rumored to be called the “Orchid’s Evening Gown”. You should be able to acquire it during the Lantern Rite event in Genshin Impact 2.4. Ningguang herself is a four star Geo user and Catalyst wielder. Her default look consists of a white and yellow dress, with black sleeves. In contrast, the new skin is similar in design, but features some lovely shades of blue, complementing Ningguang long hair.

Besides this new Ningguang Skin, leaks also indicate that we will be getting another skin for Keqing as well. However, while we can see what Ningguang’s new outfit looks like, we still don’t know much about Keqing’s new skin. In any case, if that info does come up in the meantime, we will, of course, let you know. And, we will likewise cover Ningguang’s Skin and how to acquire it as soon as that option becomes available in Genshin Impact 2.4.