Currently, The Seventh Samurai in Genshin Impact is a world quest that we didn’t know a lot about until just recently. Naturally, its mysterious nature has made it quite popular to talk and speculate about. Its name alone makes it very interesting since it is based on one of the most well-known and influential movies of all time – Akira Kurosawa’s Seven Samurai, released in 1954. This, in itself, is a clue to the nature of this quest. In this The Seventh Samurai Genshin Impact guide, we will tell you everything about this quest, including how to get it and how to solve it. 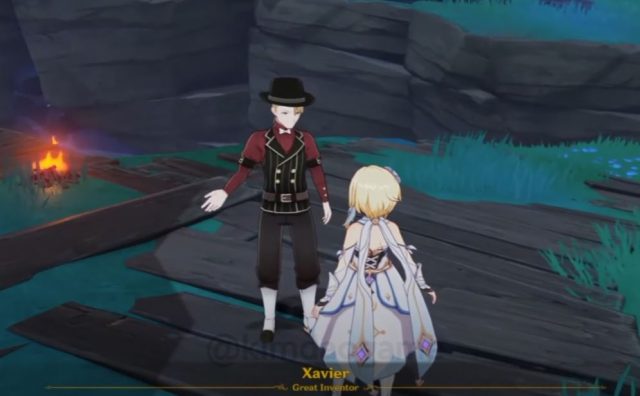 How To Get The The Seventh Samurai Quest

To be able to get this world quest, you will first need to solve the Tatara Tales: Last Act. So, don’t even try to look for this quest if you haven’t completed the entire Tatara Tales quest chain. If that is the case, the next thing you will need to do is to go to Inazuma City. Once there, you will be able to see the marker for this world quest. It will take you to a nearby beach. Here, Xavier, the prominent NPC you already had a lot of dealings with in many Tatara Tales quests, will ask you for help with producing his movie. The title of this movie? Why, it’s The Seventh Samurai, of course!

The camera (or “kamera”, as it is called here) will begin shooting and you will need to defeat several bandits. The important thing here is that you cannot leave the recording area of the camera. So, be careful not to move too far away. After you have destroyed them, you will then have to move to three different positions. All of these are clearly marked and very close by to one another, so doing this is easy. After that, the quest will end and you will get your reward. And there you have it, you now know how to receive and complete The Seventh Samurai Genshin Impact.