The weather plays a big part in combat in Ghost of Tsushima. It can help you sneak past enemies or attack them unseen, but you have to have the right conditions. Instead of waiting for the weather to become favorable, you can use an accessory to change it manually. However, you’ll have to find a bunch of singing crickets first. This guide will show you how to change weather in Ghost of Tsushima, where to find signing crickets locations.

Can you change the time of day?

Many players are wondering whether there’s a way to change the time of day by resting or something like that. Unfortunately, there isn’t. The only way to advance time is by fast traveling to a faraway place, but that might prove unhelpful, depending on the situation.

How to change weather

In order to change the weather, you’ll have to play a special tune on your flute. Go to the gear menu, then select accessories. Choose the flute and pick one of the songs. To play it, you just have to swipe left on the touchpad. You don’t even have to listen to the entire song – the weather will change after a second or two.

There are four tunes, one for each type of weather. Only one is unlocked at the start, and you’ll need to collect singing crickets to unlock the rest. Before you do, you might have luck using fast travel – if you travel far enough, time will advance a fair bit, and there’s a chance the weather will change along with it.

The song you’ll get right from the start is called Sun’s Warm Embrace. Playing it will clear away any weather-related nuisances, like rain, fog or storms. It’s useful if you want higher visibility for any reason, like using a bow more effectively or scouting an outpost before coming up with a plan.

Stormy weather – Lament of The Storm

The Lament of the Storm is one of the songs you’ll unlock by collecting crickets. When played, it will brew up a storm on demand, with dark clouds, thunder and all that.

Fog weather – Shadows in The Fog

If you like sneaking around and taking down enemies one by one before they even realize you’re there, you’ll want to lower the visibility. Conjuring up fog is a great way to do this, and you can do that by playing the Shadows in The Fog tune. You’ll have to unlock it by collecting crickets first, though.

How to start rain – A Chorus of Raindrops

Rain not only decreases visibility, but also the range of hearing for many enemies. It’s as useful to sneaky assassins as fog, but in a slightly different way. If you want rain, you’ll need the song called A Chorus of Raindrops, which is unlocked through collecting singing crickets.

There are twenty cages with crickets scattered across the game world. They are mostly hidden in cemeteries. There are ten of them in Izuhara, seven in Toyotama and three in Kamiagata. The maps below will show you their exact locations. 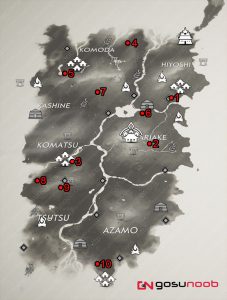 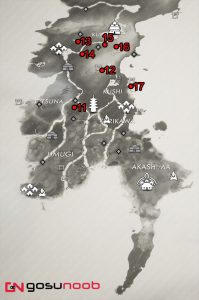 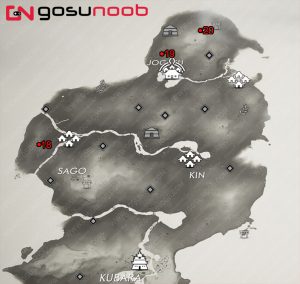