How to get iron in Ghost of Tsushima?

In case you’re wondering how to get iron, it’s pretty much the same as with steel. You’ll find it on the ground in Mongol outposts, brightly shining metal plates that are easy to spot from afar. You can also get it as a reward for liberating certain outposts. Izuhara outposts give the smallest amounts of iron on liberation, but you’ll get more as you move on north. 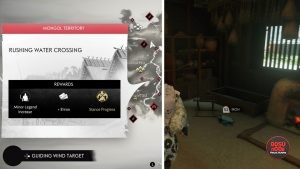 Iron also comes from gift altars. This option unlocks fairly early on in the game, somewhere around the time you get to the Golden Temple. You’ll get around ten iron upon picking up resource gifts.

We weren’t even that thorough in finding all iron locations, and we still wound up with 140 iron at the end. More than enough to buy all those sword upgrades.

How to get steel?

If you are wondering how to get steel, you probably haven’t been to the Mongol outposts yet. They are commonly found in and around outpost tents, the round ones. They are almost always on shelves,or in small cases on ground. So once you are in those liberated camps, be sure to check the tents. You can also find steel near forges, or in any area with an industrial purpose.

You can also get steel by liberating Tsushima from small Mongol outposts. Clear out outposts, scavenge around and you’ll have more than enough. At the end of our playthrough, we ended up with around 180 units. 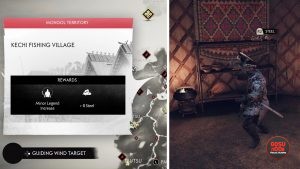 Steel is only needed for katana upgrades, and you’ll need around 155 pieces to fully upgrade it.

How to get gold?

If you’re wondering how to get gold, you’re not the only one – this is the rarest metal in the game. In order to get it, you’ll need to liberate the largest Mongol outposts, the ones with a camp icon on the map. They give two units of gold upon clearing, as well as a Technique point. If you get close to it, and it’s location is revealed on the map, you can see this info as you move the pointer over the icon. 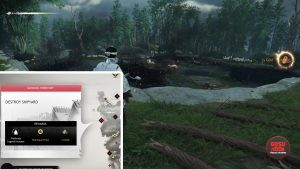