Haiku are are kind of collectible in Ghost of Tsushima. They’re particular spots where Jin can sit down and compose a short poem, which is supposed to be good for both the body and soul. In reality, it’ll give you a new headband each time you do it. There are 19 such locations, and making use of all of them will count towards the Body, Mind and Spirit trophy. If you’re having trouble finding some of them, and you just might, our Ghost of Tsushima haiku locations guide will help you.

The haiku locations are scattered across all three maps. The links below will lead you to the sections of this guide dedicated to particular areas: 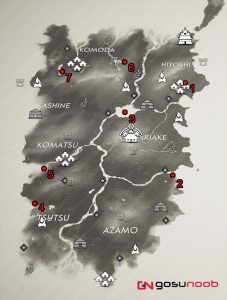