How to get Predator Hides

Predator hides are one of the most difficult resources to manage. You need a lot of them, and they’re not that common in the open world. To get predator hides, you need to find and hunt down predators – boars, bears and Mongol dogs. A Mongol dog drops one predator hide, boars drop two, and bears five each. You’ll need five, ten or twenty for ranged and quickfire upgrades at the trapper’s. 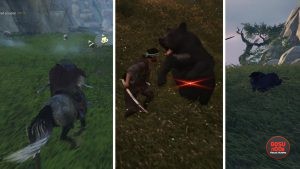 To make predator hunting, we’ve prepared some guidelines. For starters, try to get the Charm of Inari from the Arrow Peak Shinto shrine – it will increase the number of hides you get. You can hear predators when they are close. Shortly afterwards, a bear’s paw icon will show up at the edge of your screen, pointing towards the animal. Most of the time you’ll encounter them as you travel by horse. So give yourself a bit of space and hunt them down, or you won’t be able to get all the upgrades that require their hides.

Boars and bears are usually found on the edges of forests and close to cliffs. Boars come in groups of three, while bears are solo. At the start of the game, farming predator hides from bears is a bit difficult, considering that a bear can defeat you with one hit. The boars are a different story. You can chase them down and collect their hides without dismounting. As you start hunting one the others will run away, but they don’t leave the initial location, just circling it instead.

The safest and most boring way to get predator hides is from the random fights between animals and mongol soldiers. These encounters happen outside of forests most of the time, in open fields. If you come close to them you’ll hear a specific sound coming from the soldiers, indicating they are in danger. If you let them solve their dispute, you’ll usually have to deal with only one of them with low health.

How to get Flowers

You can find flowers all around the map. They come in different colors, depending on the part of map you are in. If you want to buy all of the merchant items, you’ll need a lot of flowers, somewhere around 300. You’ll have to go around and pick them by hand, there is no other way around it. They don’t respawn, either, so don’t bother checking back after you’ve picked them.

There are areas with clusters of flowers. You’ll find a bunch of them in the swampy areas of Toyotama. Flowers are scattered around the small ponds here, and can be spotted from afar. Not having a lot of trees here helps spot them. Be sure to use the flowers guiding wind – once you open the map, press right on your D-pad, and choose the flowers option. 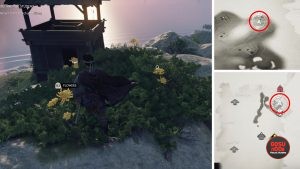 How to get Supplies

Supplies are the satchel item that is required in the largest quantities. The main source of supplies are defeated enemies. Although it takes around a second to loot a defeated enemy, most of them drop four to six supplies. They can also be found in the world. This is the most commonly found item in the game, usually placed on the ground. With the Charm of Inari equipped you can get around sixteen supplies per pick-up. You can get a lot of them from the gift altar at the Golden Temple, around 100 per pick-up. This altar fills up with presents when you complete quests. 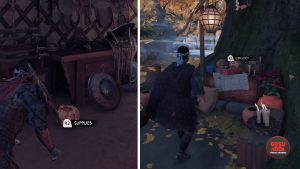 The final way of obtaining supplies is from the trapper. This person will buy other satchel goods from you. We’ve earned around 1000 supplies just from selling excess bamboo.

NEXT POSTGhost of Tsushima Lock on Enemies