Not sure how to open Hidden Chamber Doors in God of War Ragnarok? We’ve got you covered! The fascinating world of GoW Ragnarok, inspired by Norse mythology, hides numerous secrets, waiting for players to find and unravel them. As you progress through the game you’ll encounter various obstacles, and for many with seemingly no solution to bypass them. For example, the Blue Rune Door in Jarnsmida Pitmines, for which “We’re ill-equipped to do anything with it right now”. Read on as we explain what you need to unlock the Blue Rune Door in Jarnsmida Pitmines and other locations. 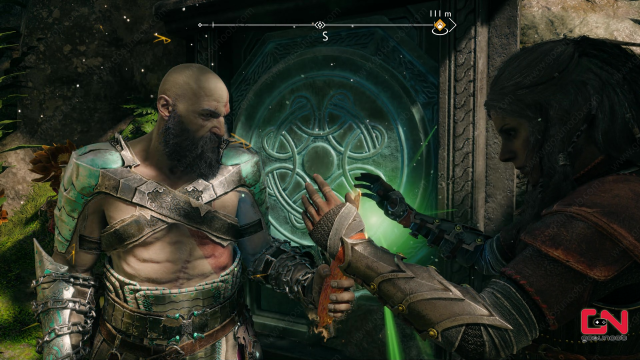 How to Open Blue Rune Doors in GoW Ragnarok

How to Open Blue Rune Door in God of War Ragnarok

Early on, in the Jarnsmida Pitmines area, you’ll encounter a mysterious blue stone door with some runes on it. When you try to interact with them, Mimir will say that “We’re ill-equipped to do anything with it right now”. Just like the first God of War game, God of War Ragnarok has many elements of Metroidvania games. In particular, there will be a lot of backtracking and some zones will only be accessible later in the game, when you get the right tools and learn appropriate skills. And that’s exactly the case here with the Blue Door, officially known as the Hidden Chamber Door.

As a part of the main storyline, Freya will join your party at one point. Soon, you’ll learn about her skill tree and she will explain how to put her skills to use. Immediately upon joining Kratos, you’ll start learning about her unique skill tree. And, quickly after, you’ll encounter another stone rune door. At this point, she’ll explain to you how it works. To unlock a Hidden Chamber Door, you’ll need “an enchantment on your chisel”. She’ll do this for you, and then all you need to do is to interact with the door by pressing “circle”. Kratos will engrave a rune, and Freya will chant it in order to activate it. And that’s it, that’s how you unlock Hidden Chamber Doors in GOW Ragnarok.

PREVIOUS POSTHow to Use Shattered Rune God of War Ragnarok

NEXT POSTHow to Get Heavy Runic Attacks God of War Ragnarok