Sigrun is the most difficult enemy in God of War. She is a Valkyrie queen, and an objective of God Vs. Queen favour. This quest comes after you complete “The High Council” favour, and place eight helms from defeated Valkyries on a throne. In this guide, we’ll show you some tips and tricks on how to defeat Sigrun the Valkyrie queen in God of War and earn the trophy “Chooser of the Slain”.

If you’re at the point where you have to fight Sigrun, you’ve already fought the eight Valkyries. Sigrun is not their queen for nothing. She is the toughest boss in the game, and requires the best preparation possible. I won’t cover the basics, such as learning all skills, upgrading your gear and other stuff, as at this point you should be familiar with this. At the start, I’ll show you the gear I’ve managed to acquire before I engaged her. 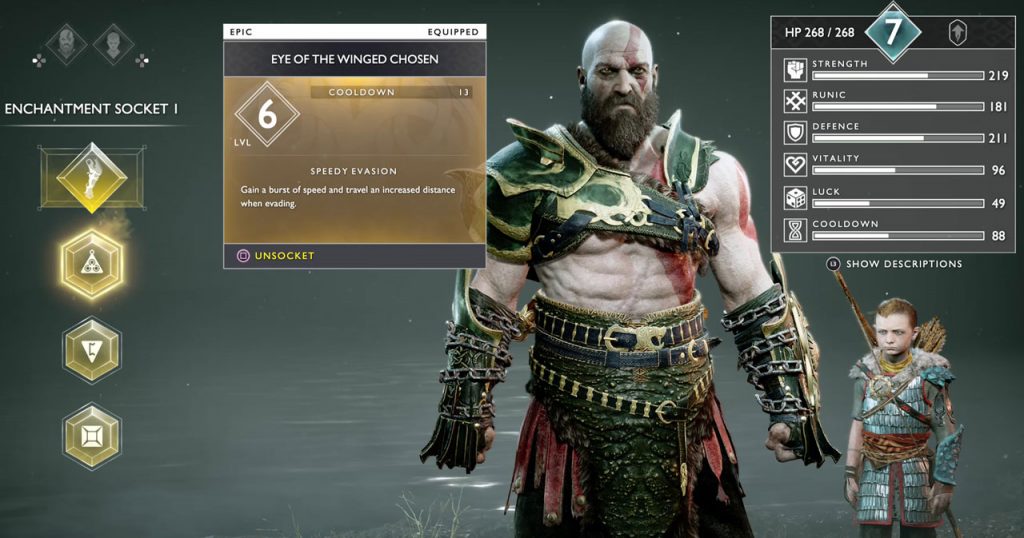 How to defeat Valkyrie Queen Sigrun

The idea behind all the gear setups above is to have STUN runic attacks and summon, single target sockets and pommels. If I was in serious trouble with health, I could use the talisman to pick up the healthstones, or talisman > Gift of Apollo > Rampage of the Furies to regain some health.

It is also essential to have a near-full rage meter at the start of the fight. With the upgraded rage combat attributes, especially the Seething Earth skill, you can take off up to one bar from Sigrun’s health, but you’ll have to aim precisely. Due to the fact that the Spartan’s Rage also regenerates health, you should use it when she damages you at the start, and not before. 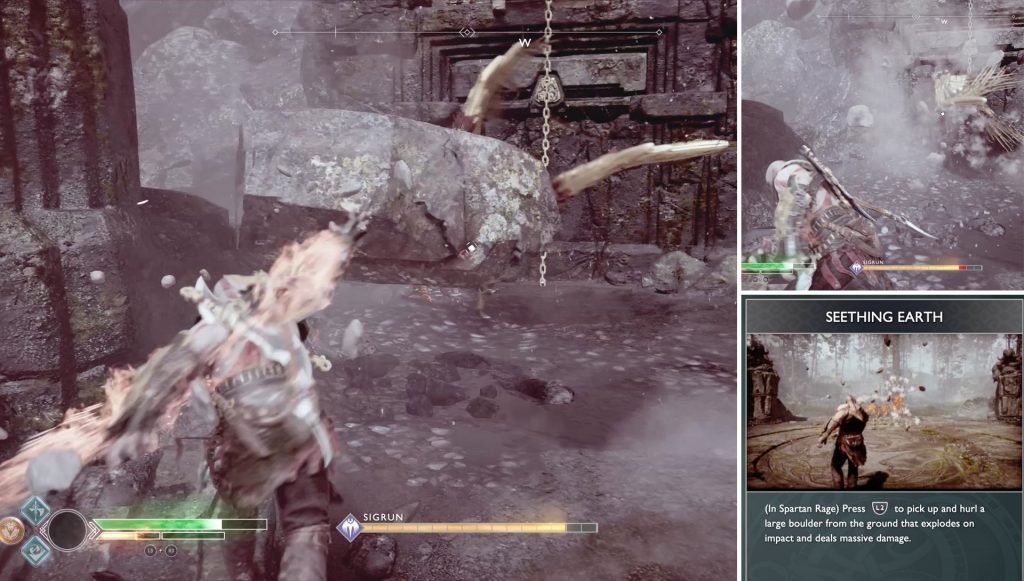 The Niflheim Ivaldi’s Set of Deadly Mist is fairly easy to farm, only around thirty minutes. The hard part is to get the first upgrade level for the belt and gauntlets. It takes additional time and it made a big difference for me at the end. If you have time, upgrading them to the max level will make an even bigger difference.

The choice of sockets is up to the player; these ones were the best I had at the time. The Scale of the Mighty is the one I was fond off. The ones that give only raw boosts in stats are also important, although at this point, you don’t really need Luck as a stat.

The talisman on the other hand, my, oh my. This talisman was hands down the best piece of gear that I was really proud of. Although I’ve used it as a means of an attack when I wanted to stop Sigrun from running away from me, the talisman is far more useful when you want to collect those healthstones, and you don’t wanna be punished for it. It has a rather short cooldown, and I’ve had a time window between the two usages.

The goal behind the runic attacks is to provide as much stun as I could muster, while keeping the one for healing purposes in reserve. In the best case scenario, the fight would start with me casting Leviathan’s Wake, following with The River of Knives and Rampage of the Furies. During the Rampage of the Furies, near the end, I’ve used Atreus’s runic summon Wrath of the Wolf. This gave me a fair share of Sigrun being stun-locked, thus allowing me to do some significant damage. 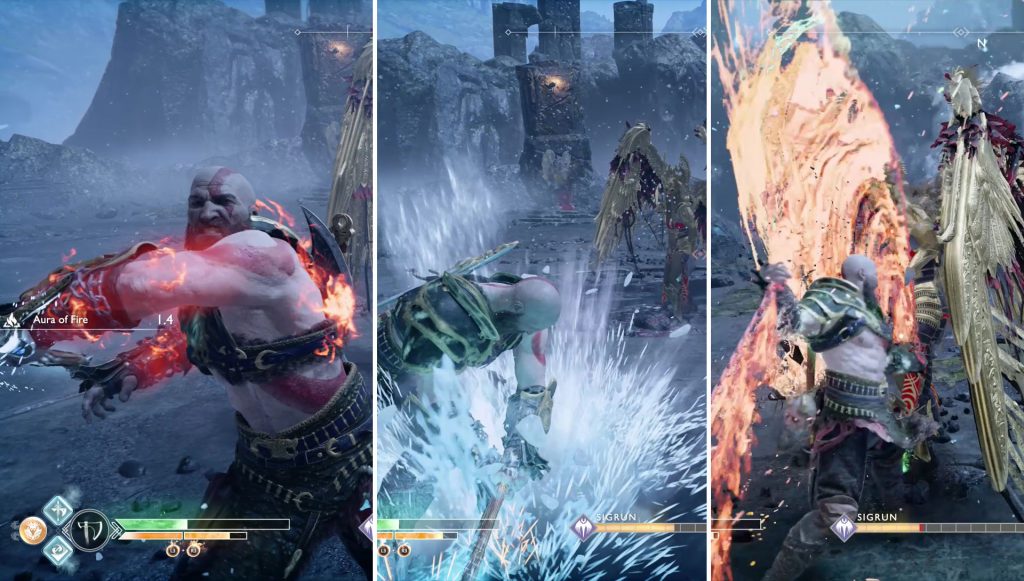 As far as attacks go, the most frustrating is the one where Sigrun jumps in air and attempts to land on Kratos’s location. If she succeeds, Kratos will be stunned and will have to fight for his life, and you can say goodbye to about 20% of your health. To avoid it, you “simply” have to notice when Sigrun does it, and evade away. Most likely, she will attempt to do it two more times before you are clear.

TL;DR: Be aggressive, start with the runic attacks combo to get her as low as you can while stun-locking her. Evade a lot, and block when necessary. Use the time-stopping talisman when needed, and same goes with Spartan’s Rage. Try to hit Sigrun with the Seething Earth skill to make it far easier. Survive and rotate between cooldowns. With the help of the Resurrection Stone, get back on feet and make it count.

Once Sigrun is down, you get to learn about her actions, get Sigrun’s Helmet, the “Chooser of the Slain” trophy, a couple of epic and legendary items and ingredients, and more.