Valkyries are powerful bosses in God of War. You’ll have to kill a bunch of them for the Prove Your Valour quest. They are an essential part of the endgame and one of the hardest enemies to defeat. You can find them inside hidden chambers, and in the realms of Muspelheim and Niflheim. In this guide, we’ll try to help you by giving our advice on how to defeat Valkyries in God of War. The guide will contain some spoilers, so proceed with caution.

You can start fighting Valkyries once you acquire the Magic Chisel. It is a part of the main mission and can’t be missed. The Magic Chisel can break the seals on hidden rooms. What you might not be aware of at this point, is that there is one more weapon in the game. If you wait until you receive this second weapon, the Valkyries will be less of a problem.

While preparing for the fight, you should start with your gear. It is also important to socket the armour with appropriate items, to have fight-fitting pommels, runic attacks and talisman, and to equip Atreus with the best stuff. If you don’t want to spend too much time on finely tuning your gear, be sure to have at least the Niflheim realm unlocked, and get the three pieces of armor from there. It will make this so much easier, and it only takes around 30 minutes to get them.

Learning new skills from the talent tree is also important. Up to this point, I had only the most basic ones. It hadn’t even occurred to me that, for example, the rage skills are so powerful. It shouldn’t pose a problem, as the game has probably awarded you with more than enough experience points. 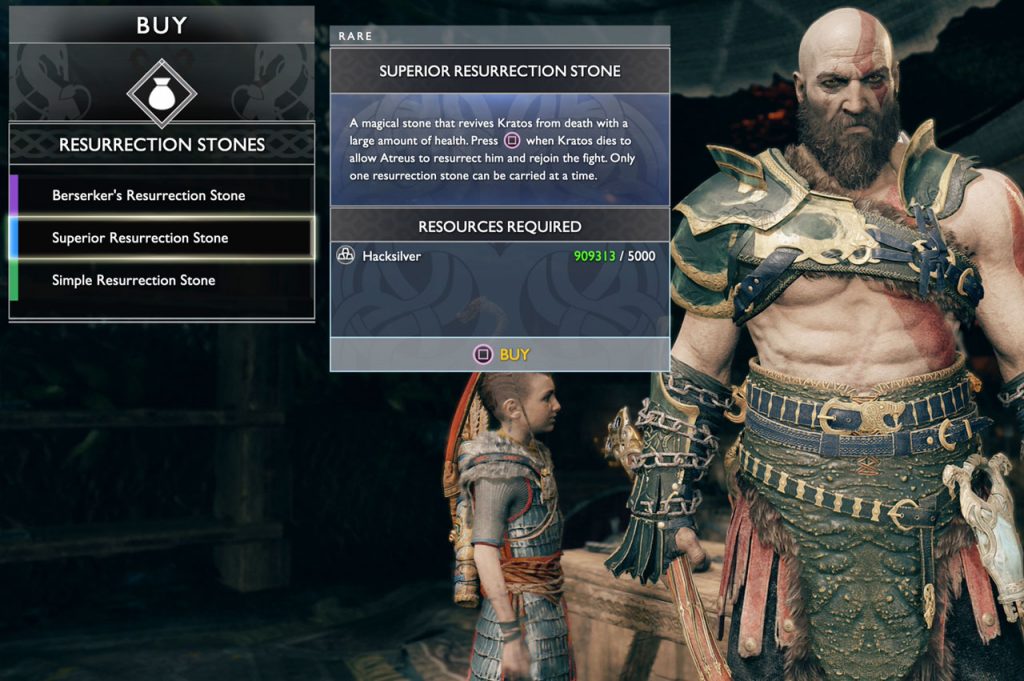 Here’s the short version of the best preparation you can have for fighting the Valkyries:

In the end, once you get the ball rolling and defeat one, you’ll just continue to get better loot, which will help you become more powerful.

Here’s the gear I’ve used to defeat the Valkyries. Keep in mind that this is not the best gear combo in the game, it is just what I had at the time.

Do not forget to use resurrection stones. If you use them immediately, while the Valkyrie is still swinging, you might be down again faster than you’d think. On the other hand, if you wait too long, Kratos will die. 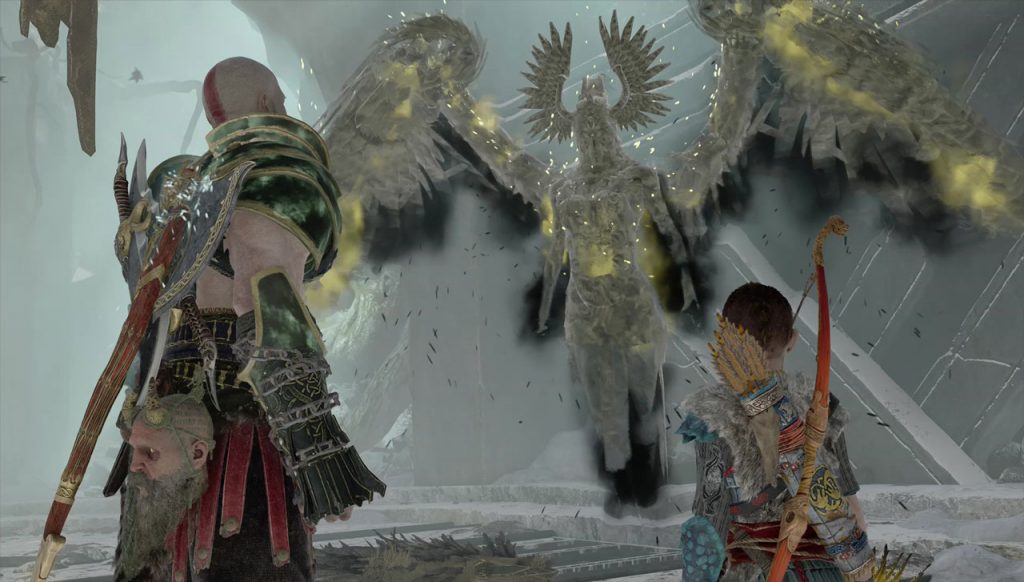 In the end, it was pretty easy with all these preparations. You can do it without them, of course – like I did the first two – but some of them are just too powerful. The best tip that I can give you is: When she goes in the air throw the axe or shoot her with arrows. Usually dodge to the left or backwards. After defeating the first two, the side quest Prove Your Valour appeared. It asked me to find and defeat eight Valkyries. Their locations become revealed at the end of the game, once I completed the main story. When they were defeated, I had to fight their queen in the High Council quest, which got me the Chooser of the Slain trophy. But that is another story for another time.