Not sure how to unlock co-op in Gotham Knights? The action RPG developed by WB Games Montréal allows gamers to play as one of the four iconic DC Comics characters – Nightwing, Batgirl, Robin, and Red Hood. And not only that – you will be able to team up with other players and face the dangers of this open-world game with an ally. So how to play Gotham Knights with a friend? Read on as we explain how to unlock Gotham Knights multiplayer. 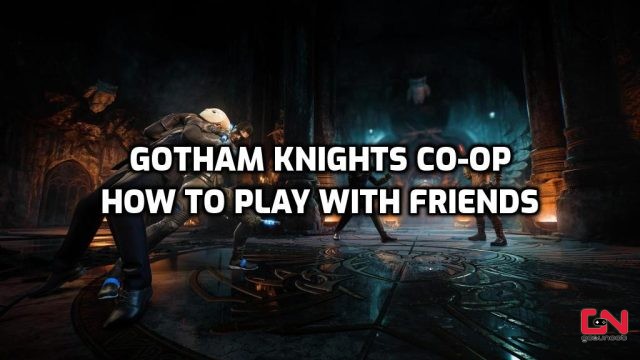 Gotham Knights Co-Op, How to Play with Friends?

The multiplayer component of Gotham Knights is not available from the get-go. Rather, it is an aspect of the game you will need to unlock during single-player. However, once it is unlocked, you will be able to play it freely and seamlessly with whomever you want. Provided you are on the same platform, as the game doesn’t support crossplay. So, how to enable Gotham Knights Multiplayer and play co-op with friends? Well, you will need to complete the tutorial missions and the following one – Gotham Knights Case 02. Only after completing it, the option to play co-op will unlock.

Now, when you have it unlocked, you can play it either with friends, or you can team up with a random person online. To invite a friend, do as follows:

If you want to play with another random player online, then head to Multiplayer from the Gotham Knights title screen. Now choose Quick Match. Select your preferred character and start searching the game. This will drop you to a random player’s game.

For now, Gotham Knights only supports two-player co-op. However, the Heroic Assault mode will be added in November, which is designed for 4-player co-op sessions. Unforutnely, Gotham Knights doesn’t support local multiplayer, and it doesn’t have a split-screen couch co-op mode.