Anime Dimensions is a Roblox game in which you control anime-themed characters. These characters come from some of the most popular Anime franchises, such as Naruto, One Piece, Fate, Sword Art Online, and many more. Since there are so many of these characters – with more getting added to the game all the time – it can be difficult to know which ones are the best, and which ones are the weakest. This is why we have decided to make this Anime Dimensions Tier List, where we are going to rank all of the characters in the game according to how powerful they are. 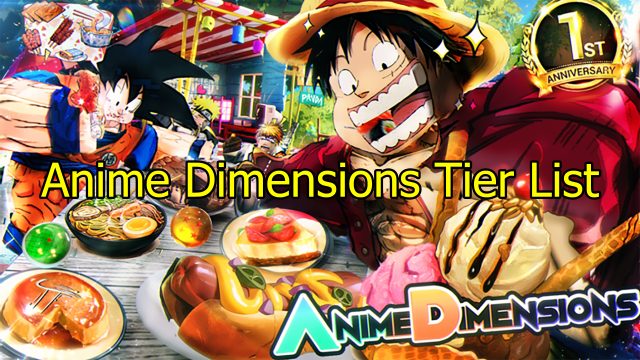 We are going to rank all of the characters in the game from S+ tier (being the most powerful), all the way down to C Tier (being the least powerful). Of course, since gaming is a very subjective experience, you may end up ranking a character higher or lower than we did. For example, because of their look, personality, or backstory from the anime you watched them in. That’s completely understandable and you can share your reasons for liking (or disliking) a particular character in the comments below. And now, let’s see the tier list itself: