If Steam Overlay doesn’t work in The Witcher 3 after the next-gen update, you should know that you’re not alone in this issue. The long-awaited Witcher 3 next-gen update is finally here. It arrives with many awesome new features on both PC and console. Unfortunately, it also comes with quite a few issues. If things like MSI Afterburner and RTSS Overlay are not showing in The Witcher 3 after the update, here’s what you can do to fix it. 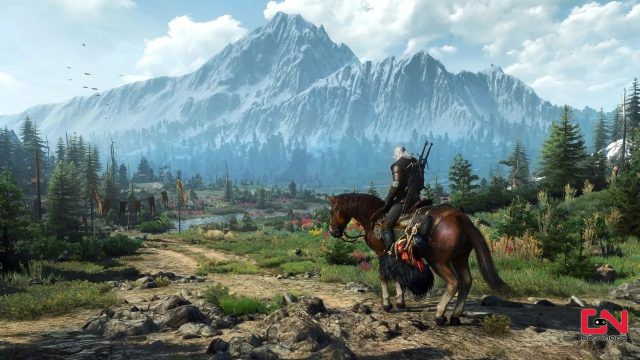 The Witcher 3 Next-Gen update is here, filled to the brim with new features, improvements and even some new content. Unfortunately, although not completely unexpected, it has also come with serious performance issues. Poor optimization is plaguing players’ experience on PC, rendering the game almost unplayable in some cases. And to make things worse, various overlays stopped working after The Witcher 3 Next-Gen update. That means players can’t see their FPS counter and other elements when trying to estimate how badly the game is working.

If RTSS Overlay stopped showing in The Witcher 3 after the Next-Gen update, or if your MSI Afterburner is not working, don’t worry! There’s a simple solution how to fix the Witcher 3 Steam Overlay not working bug. Actually, there are two solutions. The first one is easier. As reported by many players, Steam Overlay, RTSS, MSI Afterburner and GeForce Experience will show in The Witcher 3 if you switch the game to the DX11 version. This will not only show overlays but will also improve performance, as the DX12 version is currently ridiculously unoptimized.

Another solution that has been confirmed to work by many players requires deleting a specific file. Thus, if you are not comfortable with that, you may skip this one. However, as we mentioned, it has been confirmed by many players that this fixes the “Witcher 3 Steam Overlay not showing” issue. Namely, you will need to rename, remove or delete d3d11on12.dll from “\SteamLibrary\steamapps\common\The Witcher 3\bin\x64_dx12”.