Bloons TD 6 is the latest entry in the Bloons franchise. As is the case with all previous games, it, too, is a fun and frantic Tower Defense game. And, just like with every game of this type, choosing which characters you’re going to use is the key ingredient to victory. This isn’t easy, as you need to spend a lot of time with the game to figure out which characters perform the best in which situations. Or, you can simply read our Bloons TD 6 Tier List, in which we are going to rank all the best Heroes and Monkeys in the game. 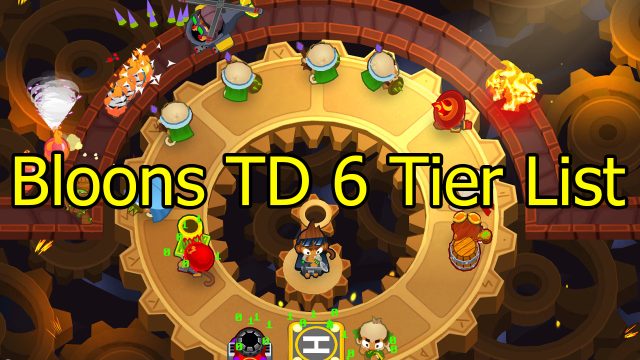 We are going to rank all of the Heroes in Bloons 6 TD, starting from the most powerful (S tier), all the way down to the least powerful (C Tier). Note that these are subjective rankings. So, if you rank a certain Hero higher or lower than us, feel free to share why that is the case in the comments below. And now, let’s see what the rankings look like:

As for Monkeys, we’re going to rank them from S tier (the best) to F tier (the weakest). Here’s the Monkey Tier list: