One of the latest weekly challenges in Brawlhalla has been giving many players a lot of grief. To quote the challenge itself, it requires that you “Win matches with Legends that have traveled through Outer Space.” While this isn’t that difficult in itself, knowing which characters from Brawlhalla fit this description is another matter altogether, and it necessitates that you know all of their backstories inside and out. Since there are dozens of playable characters in Brawlhalla, this isn’t an easy task. Luckily, we’re here to help you answer which Brawlhalla Legends That Have Traveled to Outer Space you should select to complete this challenge. 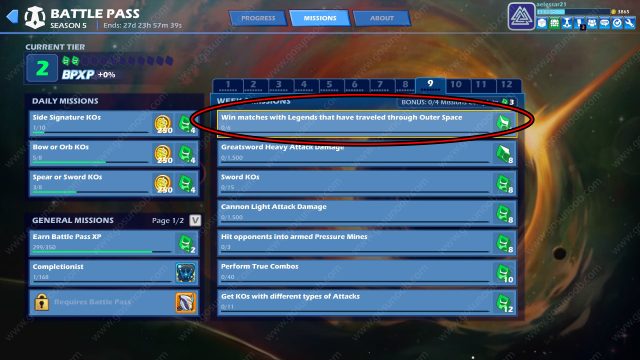 Win Matches with Legends That Have Traveled to Outer Space

We have identified four characters that are associated with outer space and who should be able to complete this challenge. Of course, we will update the guide if we find any more. And, if you know of any Legends that we haven’t mentioned here, feel free to share your findings in the comments below. So, let’s begin:

NEXT POSTElden Ring Talking Jellyfish, Sister Where Did You Go