A new week and with it comes a whole new slew of weekly challenges in Brawlhalla. These are fun and rewarding activities that are often puzzling as well as difficult. To solve them, you will often need to know a lot about the backstories and lore of various Legends. Take this week’s challenge, which requires that you “Win matches with Legends that are either part human or used to be human”. To save you the time you otherwise would have needed to spend figuring out which Legends fit this criteria, we are going to list out the characters you can use to quickly complete this challenge. 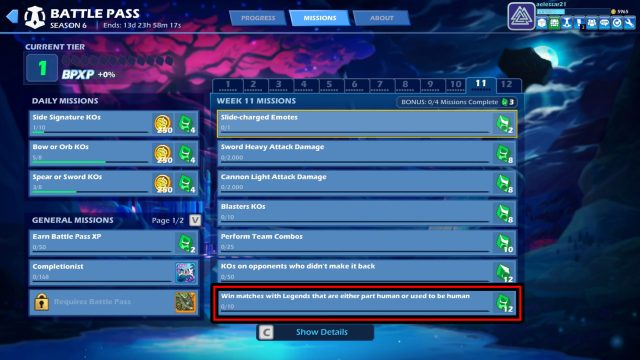 Since Legends in Brawlhalla consist of many fantastical characters, it should come as no surprise that quite a few of them are part human or otherwise used to be fully human at some point in their lives. Here’s which Legends you can select to complete this challenge: