Are you having the Fall Guys Black Screen issue when loading the game? Since the transition to free-to-play, the popular battle royale platformer has received a major revamp and a huge influx of new players across all platforms. However, the biggest player base is still by far on the PC. And while the game is still available on Steam for those who have purchased it there, the current F2P version is only available on the Epic Games Store. Many players on the PC, on both launchers, are experiencing the black screen issue when loading Fall Guys. The game would be stuck on the black screen and would simply refuse to load. Here’s what we know about this issue. 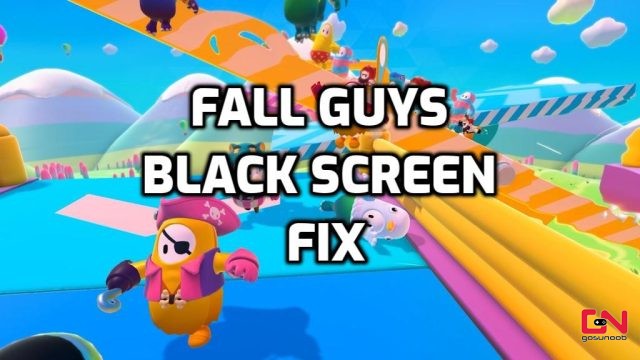 How to fix Black Screen in Fall Guys

The black screen issue is a fairly common problem in many games, and it is not strictly related to Fall Guys. It usually appears when you try to start a game, and when the game loads it simply fails to start and instead it is stuck on a black screen. So, what do you do with this problem in Fall Guys? It is important to note that this is not a network issue, despite Fall Guys being an online game.

The first thing you should do is verify the game files. You can do this via the EGS launcher. Here’s how to do this:

If something is not OK, you will be asked to reinstall the game in order to add any missing files or repair the corrupted ones. If everything is fine in this regard, the launcher will say that all files are there and without issues.

Often a black screen in games can be a sign of GPU issues. Outdated drivers might cause low FPS and other performance issues in games. You can look for the latest drivers either via your GPU software or alternatively, you can download them from the links below:

Turn off 3rd-Party Apps and Overlays

When gaming, it is always wise to turn off any unnecessary third-party apps that are running in the background. Many of them are known to cause problems and conflicts with video games. This is especially the case for apps that have overlays in games. This includes Discord overlay, Steam overlay, NVIDIA overlay, Overwolf, and so on.

With that said, if you still have this problem after you have tried all these possible solutions, your final resort is to contact Fall Guys support, explain them the issue, and see if they can help you fix the Fall Guys Black Screen issue.

NEXT POSTHow to Get Irish Water Spaniel Adopt Me