Gorilla Tag is a very popular VR game that revolves around playing a game of tag or infection in a virtual low-fi jungle. After over a year in Early Access, the game is finally set to get a full release soon. However, in a strange turn of events, the full release of the game isn’t the same as Gorilla Tag’s Winter Update, even though these two updates are going to release close to one another. Since this is all very confusing, we’re going to take a look at the Gorilla Tag Christmas Update 2022 and try to figure out when we can expect to see it released. 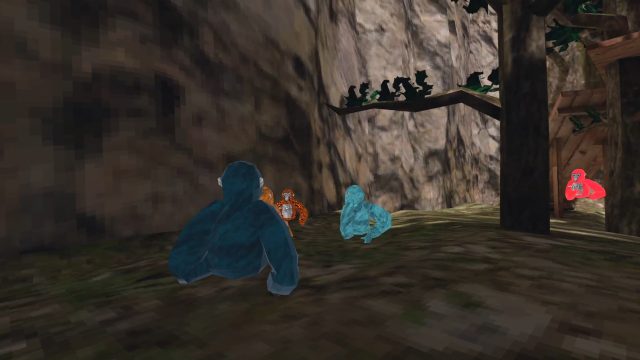 When Does Gorilla Tag Christmas Update Come Out

Gorilla Tag is leaving Early Access and is set to officially come out this Thursday, December 15th, 2022. It is also no longer a free title for new players. So, if you haven’t received it for free during its EA period, you will need to purchase it for $19,99 if you want to play it. Needless to say, this hasn’t been met with a lot of positive reactions from players that haven’t snagged it while it was free.

Now, as for when the Christmas Update is going to be released, this is where it gets interesting (and perplexing). Most players assumed that the Winter Holiday Update was also going to be the same as the Full Release of the game. However, this doesn’t appear to be the case. The game’s official Discord confirms that the Launch Update and the Holiday Update are not one and the same. So, when is the Gorilla Tag Christmas Update 2022 going to release? Well, we don’t know for sure. As such, all we can do is speculate. Since it won’t be released on the 15th, this most likely means that Monday, December 19th, or Tuesday, December 20th, are likely suspects for the actual Winter Update. After all, it has to release before New Year, so these are the most probable dates.

NEXT POSTWhen is Next CSGO Operation Coming Out (2022)