When will Valve release the new CSGO Operation in 2022? CSGO Operations are some of the most exciting content updates for Counter-Strike: Global Offensive. These DLC packages come filled to the brim with exciting new content. This includes new maps, missions, weapon collections, stickers, graffiti, patches, and cases. It’s been a long time since Operation Riptide came out, and fans can’t wait to learn more about the new Operation. In this guide, we explore the possible next CSGO Operation release date. 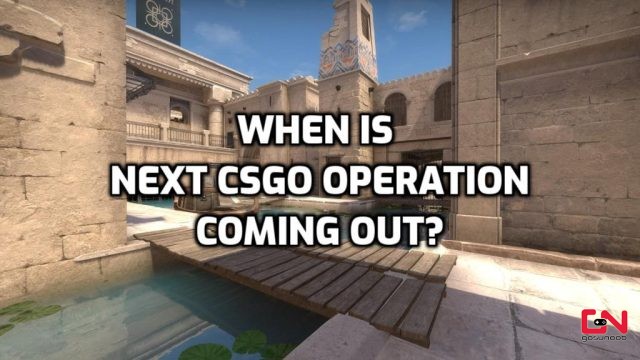 Next CSGO Operation Release Date in 2022

Valve, the developers of Counter-Strike: Global Offensive, introduced CSGO Operations as a way to expand the game’s offerings regularly with new content packages. During the first few years since the game’s release, they have released several Operations per year (one in 2013, three in 2014, and two in 2015). However, since 2016, the cadence seems to be an Operation per year. The only exception here was 2018, which saw no new operations. Here are the exact release and end dates for each year since 2016:

As we can see from the above dates, more than a year has passed since the release of Operation Riptide. Thus, we expect the new CSGO Operation to be released very soon, most likely in December 2022, just before Christmas. There has been a lot of speculation in the community about the twelfth CSGO Operation. Especially since the recent update, which has added Anubis to Active Duty.

Furthermore, prominent community members in the skin trade market believe the next CSGO operation release date will be imminent based on the current market flows. It’s all pointing towards the new CSGO operation coming out in December 2022. What’s your opinion on this? Do you think it will release in December, or will we have to wait until 2023? Tell us in the comments section!

Buff is like 80% Steam atm (instead of the good old 66%), acid fades going up 20% in a week without any guaranteed way of saying if we get an operation or not, seems not like sustainable growth pic.twitter.com/HWIMnlTvXe