Hilor is one of the most important NPCs in Pathfinder: Wrath of the Righteous, both for his ability to respec characters, and for his involvement in the “Borrowed Dreams” Quest, though his out-of-the-way location in Drezen makes him somewhat hard to find. Our Hilor Location in Drezen – Pathfinder Wrath of the Righteous Borrowed Dreams Quest guide will explain exactly where he is. This way, you will not just be able to solve this quest, but also respec your characters (including name, gender, race, and class, but not your Mythic Path, once you’ve chosen it) if you have messed up your build or want to try something different without having to start from the beginning. 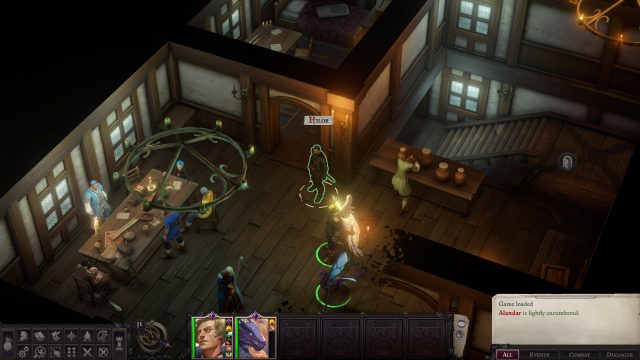 Hilor in Drezen Location – Pathfinder: Wrath of the Righteous

During the prologue, Hilor could be found in the Defender’s Heart Inn. When you take Drezen, he is also in the Inn, on the second floor. However, note that this Inn isn’t the same location as the Half Measure Tavern (which is, well, a tavern, and not an inn). This Inn is located on the right side of Drezen. Once you enter here, head to the second floor, and you will find Hilor there. The first several times he will offer to respec your characters for free, so make sure to take him up on his offer if you have a better idea of how you want to build your character.

Hilor is also a part of the “Borrowed Dreams” quest. This is a so-called companion quest, and in it, you will help Arueshalae – your companion and potential romantic interest – deal with her dreams. To do this, you will need to talk with a dozen or so NPCs in Drezen about their own dreams. All of these are clearly marked on the map, and the only problem is Hilor, if you don’t know where he is. But now that you do, this part of the quest is also easy, so return to Arueshalae after you’ve talked with all of these NPCs, including Hilor.