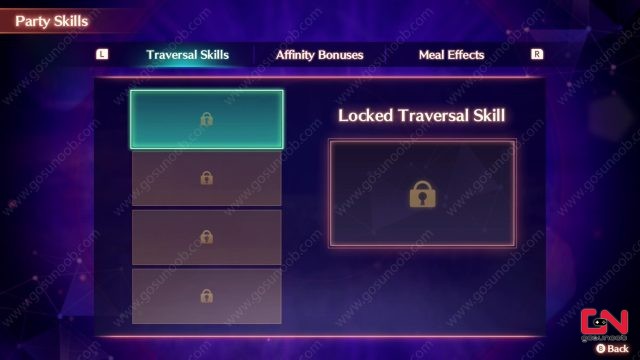 How to Unlock Traversal Skills in Xenoblade Chronicles 3

Namely, this tab has four locked slots. Naturally, players would expect at least some explanation on how to unlock these skills, or at least what they are. Alas, there’s nothing to help us understand this. Worry not, as we will explain what you need to do! You will unlock Traversal Skills in Xenoblade Chronicles 3 by completing certain Hero Quests. For example, the first Traversal Skill, Wall Climbing, will be unlocked once you complete The Kind Right-Hand hero quest for Valdi. Valdi will then join your party and you will “inherit” this traversal skill from him.