It’s not difficult to see why Mario is one of the most enduring and popular gaming icons of all time. Besides being the star of his own long-running franchise, he and his supporting cast also routinely spin off into other gaming genres. Mario Strikers: Battle League is a new Nintedo Switch exclusive that sees Mario and his friends compete in a game of soccer. Of course, since this is Mario we’re talking about, this isn’t just any ordinary game of soccer. No, soccer in MSBL is much more dynamic and less constrained by rules. To make the most out of your game, you will need to assemble a great team first. In this guide, we will show you the best team combinations for Mario Strikers Battle League. 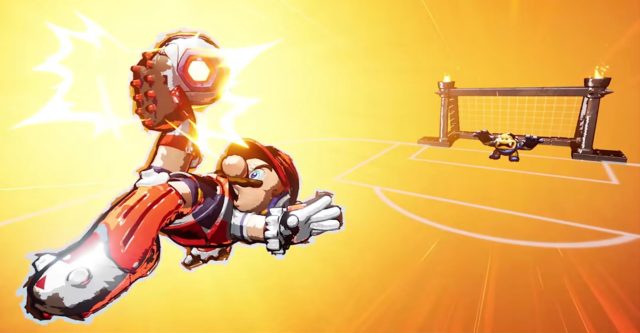 What is the Best Team in Mario Strikers Battle League

As the game has only been out for a very short time, take note that these team combinations may not be necessarily the absolute best ones out there, but have proven to be very effective from our time with the game. With that said, let’s start with a great team that’s sure to be very good for all beginners. This team has Rosalina as the goal-getter, Wario as the tackler, Toad as the passer, and Waluigi as the defender. As you can see, this team is all about Rosalina and getting her in a position where she can score.

The second team is all about speed. It has Mario as the goal-getter, Peach as the dribbler, Toad as the passer, and Waluigi as the defender. All of the characters here have excellent speed, which you can use to – literally – outrun the opposing team. Finally, this last team focuses on physicality. With Rosalina as the goal-getter, Wario as the tackler, Toad as the passer, and Bowser as the defender, this composition has a lot of defensive and offensive power.

PREVIOUS POSTESO Tales of Tribute, How to Start & Rewards