Don’t know how to get Cake Knife in the Merge Mansion Ursula’s Birthday Party event? We’ve got you covered! Ursula’s Birthday Party is a brand new summer 2022 event in Merge Mansion, and it comes with the Birthday Garage as well as a host of new rewards and items. As usual, there are also a bunch of event tasks you will be able to complete during this time. The “Because for many a Year” task, in particular, will require you a Cake Knife. In this guide, we explain how to get a Cake Knife, as well as how to get more knives later on. 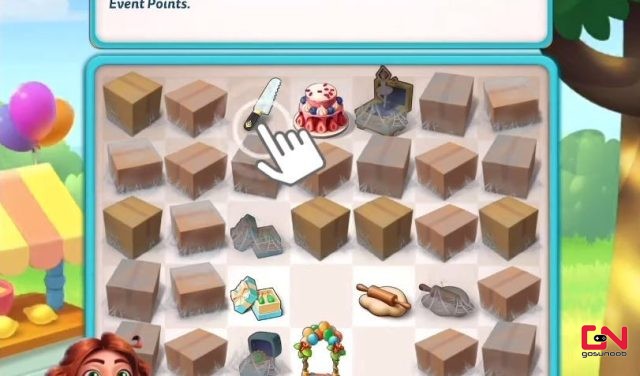 Merge Mansion How to Get Cake Knife

How to Get Cake Knife in Merge Mansion

In Ursula’s Birthday Party event, it’s all about birthday parties and celebrations. There are plenty of new items to craft, and you will also be able to gain Birthday Decorations for your Mansion during this event. The event also comes with a set of Ursula’s Birthday Party tasks. Progressing through these will allow you to unlock awesome rewards, including a bunch of birthday points and coins.

There are over 18 primary tasks, and, while most of them are rather straightforward, some are creating confusion among players. The “Because for many a year” task is probably the biggest culprit here. Namely, it requires players to have a Cake knife (Lvl 1) and a Pie Serving (Lvl 6). The thing is, many are not sure where to get a Cake Knife for this event. Worry not, as we will explain everything you need to know!

You will find the very first Cake Knife Level 1 on the even board which you’ll get right when the event kicks off! And if you want more knives, what you need to do is to level up your Mystery Pies to Level 6 Mystery Pie. These Mystery Pies will drop a Cake Knife. And that’s it, you now know all you need to know about elusive little silverware for Ursula’s Birthday Party.