Hearts are one of the currencies in Mortal Kombat 11. They’re the most valuable type of coin – they’re pretty rare, and are used to open chests with the best loot. You also need them for crafting certain items in the forge. If you want to fully explore the Krypt, you’ll need a whole bunch. If you’re having trouble finding them, this guide will show you how to get hearts in MK11. 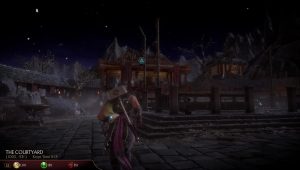 However, there’s no way to cheat the system. Getting enough hearts will take a lot of time, no matter how you approach it. The best way to tackle this issue would probably be to let an AI fighter work on Tower fights while you do other things. It may earn some hearts, but it’ll definitely give you enough koins and soul fragments to have another go at the Krypt.

Hearts are used to open the best chests in the Krypt. The red chests (the ones that have a skull with glowing eyes) have the highest chance of giving you great loot, and there are even rumors that their loot isn’t actually randomized. You’ll need 250 hearts for each. Add to that the burning chests, which require 100 hearts to unlock after you’ve found and pulled the lantern, and you’ll got quite an expense. There’s also the small matter of crafting – a lot of the forge recipes require hearts. Some of them are for simple consumables, but others are for key items that will open up further areas of the Krypt.