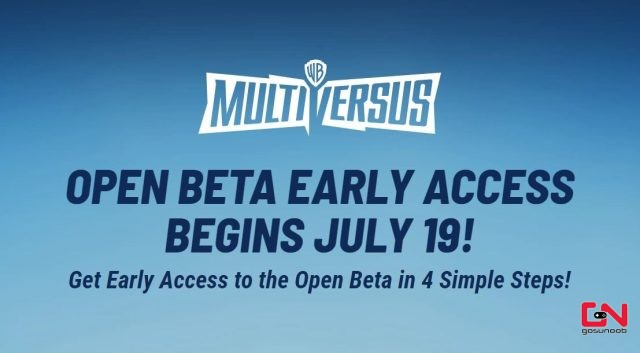 The early access period for the MultiVersus open beta is set to kick off on Tuesday, July 19th at 9 am PST / 12 am EST / 5 pm BST / 6 pm CEST. There are two ways to get access. First, those who participated in the MultiVersus Closed Alpha are guaranteed to have access. Nevertheless, if you are not one of them, don’t worry!

You can also get early access via Twitch Drops! Once the MultiVersus open beta early access kicks off, you can watch streamers who play the game to get a code for early access. For that, here’s what you need to do:

And that’s it, as simple as that! You can check your progress in the Twitch Drops inventory. Once it is full, you will be able to claim your reward. Just make sure to claim it as soon as possible, lest it will expire. Now head back to the MultiVersus website, log in with your WB Games Account, and claim your early access to the open beta for the platform of your choice. Now all that has left for you is to download the game on the selected platform and have fun!

NEXT POSTWhen is Night Market in Valorant July 2022