The Voyage to the Sunken City expansion is set to bring numerous new decks in the Hearthstone meta. And while there are many new archetypes, for Mages and Warlocks there are some blast-from-the-past moments as well. Mages have received Mech support, and Warlocks got a significant number of new and strong Murlocs. In the very early year of Hearthstone, Warlock Murloc (the so-called Murlock) was a strong aggressive meta deck. But can Warlock Murloc deck thrive again in the Sunken City meta? Yes! Check out what we think is the best Murloc Warlock decklist for the early days of the Voyage to the Sunken City meta. 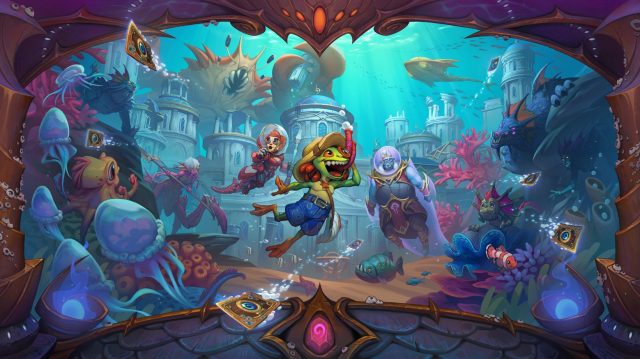 As with most of the Murloc decks throughout the history of Hearthstone, this early version of Murlock in Sunken City meta is rather aggressive as well. It is a board-centric deck with but a few spells. Those two spells are Rock Bottom and Chum Bucket, both designed to directly support Murlock decks. While fairly tempo-ish, this new iteration of Murlocs also relies on a few hand-buffing mechanics.

This is somewhat contradictory to what you might expect from playing typical Murloc decks, where players simply dump their hands on the board as fast as possible. Nonetheless, the core strategy remains the same. It revolves around securing the early board presence, controlling the board with efficient trades and when the moment is right – going full face. It’s still far too early to predict if this deck will become a serious top tier meta deck, but it’s definitely promising and if nothing else – fun to play! Check out the full decklist:

NEXT POSTHow to Cheese Fire Giant After Patch Elden Ring