Deer Hare is a type of animal in New World. It’s a rabbit, part of the small prey category. It’s one of the first animals you’ll hunt if you decide to pursue that activity. You may have some trouble finding them before you figure out how the system works. If you do, this guide will show you New World Deer Hare locations, how to track them down.

Where to find rabbits in New World?

We found quite a few of them in Grenvile, west of the settlement in the Windsward area. It’s quite probalbe that each starting area has an abundance of deer hare. Since they move around a lot, we can’t show you any precise locations, but the game has an even better solution. 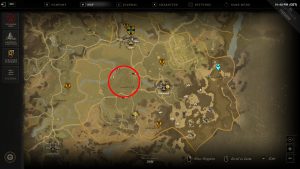 Keep hunting and skinning the local wildlife until you reach level 25 in your Tracking and Skinning trade skill. At that point, you’ll gain the ability to track small prey – which includes rabbits. After that, a small rabbit icon will appear on the compass at the top of the screen whenever there’s a deer hare nearby. Simply follow the icon until you run into the unfortunate critter soon enough.

The same applies to pretty much every resource in the game – you can do it with all the different kinds of animals, ores and minerals, plants and more. The better you get at the respective trade skill, the more kinds of resources you’ll be able to track. This way you won’t have to worry about the more common items – higher level beasts, flora and minerals will still be only available in certain areas. You’ll still have an easier time finding them, though; you’ll only need to know the rough area where they appear, and the compass will do the rest for you.