Oil is one of the crafting materials in New World. It is used for a lot of things, and it appears almost exclusively in one area. To make things more complicated, the node from which you gather it isn’t called “oil” – it’s called a seeping stone. So maybe you passed by this node without knowing it contains what you’re looking for. In case you’re having trouble getting the oil you need for your projects, this guide will show you New World oil locations.

Where to find oil in New World?

There’s only one area in New World where oil appears in decent quantities. It’s the marsh in Weaver’s Fen. There are a bunch of nodes in the south of the area, but they’re all close to monster spawns, so be careful. You won’t be able to just dash in and snatch it, either, as you need several seconds of fiddling with the node before you get the resources. 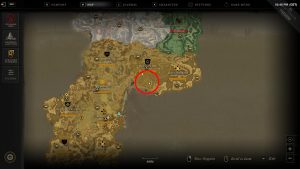 To make things easier, you should beef up your Mining trade skill to 45. At 20, you’ll get the ability to gather oil, but at 45 you also get the ability to track it. When you do, the nodes will start appearing as markers on the compass at the top of the screen. This will make finding them in the dark, mushy area much easier.

Since it’s pretty scarce, you should expect a lot of competition here. Other players will want in on the action, so you might have to wait your turn. It takes about 14 minutes for a single seeping stone node to respawn, so prepare to camp out. Hopefully they add more areas rich with oil in the final game, as the current state of affairs doesn’t make the pursuit feel enjoyable. Although nobody said a miner’s life was supposed to be easy, even in the game.

NEXT POSTUnknown 9 Is a Game, But Also a Podcast, Novel & Comic Book