If you are having controller issues in Need for Speed Unbound on PC, you should know that you are far from being the only one. NFS Unbound had an early access launch on Tuesday, and since then, many players have reported various controller problems. From the controller not registering in NFS Unbound to buttons not working as they should, there are quite a few annoying problems. Read on as we explain how to fix the NFS Unbound Controller Not Working on PC issue. 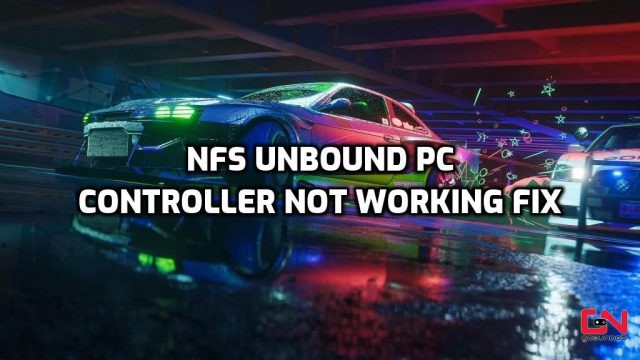 The NFS Unbound controller not registering on PC issue is mainly related to the fact that the game doesn’t have good native PC controller support. For some players, their controllers would function normally and then suddenly stop. For others, buttons would stop doing what they should and instead do something else. It seems that this issue mostly appears for those players who play the game via the Epic Games Store or EA Play (ex Origin). In this case, many players advise configuring your controller in Steam. Even if you don’t own the game on Steam, you can add it as a non-steam game to your library. And then head to Steam Settings → Controller → General Controller Settings. There you can configure your controller.

If this doesn’t work for you, there’s a reverse solution. Some players report that if you don’t own NFS Unbound on Steam, you should turn off Steam while playing the game on other platforms. That’s because Steam may recognize your controller and load different controller settings, which could mess with your in-game settings. Thus, if you turn off Steam while playing on Epic Games/Origin, you could potentially fix the “NFS Unbound Controller Not Working” issue. Furthermore, some players report that using a cable connection instead of Bluetooth has fixed their problem.

Finally, make sure not to have any other input devices connected to your PC while playing the game. For now, this is all you can do to fix the problem potentially. If you know of any other solution, please, share it with us in the comments section!