Not sure how to disable the driving effects in Need for Speed Unbound? We’ve got you covered! The new NFS game has finally arrived and comes with a heavily stylized new visual identity. The new look mixes anime elements with the cel-shaded art style. Characters, smoke, and other visual effects are described as “graffiti coming to life” by developers. And they certainly give the game a fresh and distinctive look. However, not everyone likes this new style. In this guide, we explain how to turn off tail Smoke and tail lights in NFS Unbound, as well as other driving effects. 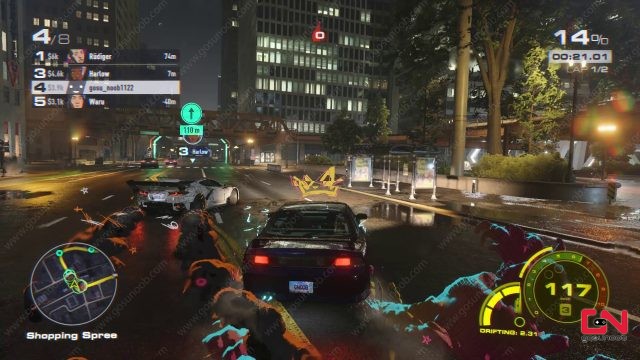 How to turn off Driving Effects in Need for Speed Unbound

Let’s not beat around the bush and cut straight to the chase. Unfortunately, it is impossible to disable Driving Effects in NFS Unbound completely. Before the release, developers assured some concerned fans that it would be possible to disable these effects. That was a relief for those who didn’t like this style or those who found them to be a huge distraction. “Yes, you can turn the effects off. In fact, you can choose never to put them on in the first place. Just like any other part of a car,” stated the official NFS Twitter account.

However, this was only half true. It was later clarified that “Basic Tail Smoke and Trail Lights can’t be disabled”, but everything else can. So there you have it. Unfortunately, you won’t be able to turn off driving effects in Need for Speed Unbound completely. It is an unfortunate decision, as many players find them distracting while driving, hindering the experience. Hopefully, the developers in EA will realise this and add an option to turn off tail smoke and trail lights with some future updates.