MMORPG Ni No Kuni Cross Worlds features a host of fun activities players can take part in while traversing the game’s gorgeous open-world environments. One such activity is collecting various collectables scattered around the world. This also includes chests. There are countless chests hidden through the regions of Ni No Kuni Cross Worlds. Most of them are common and they will respawn after a set period of time. However, there are some of a higher rarity. In this guide, we list all Ni No Kuni Cross Worlds chest locations. 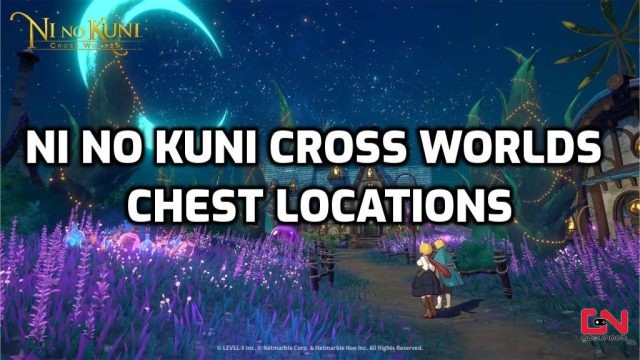 All Chest Locations in Ni no Kuni Cross Worlds

As we’ve already mentioned, aside from regular chests, each region also has three high-tier chests, namely bronze, silver and gold chests. There are three of them in each region, and unlike common ones, these will not respawn. Rather, once you find them and claim the rewards inside, they will disappear for that playthrough. In each chest, you’ll find some randomized items as rewards, as well as Character Points (CP) which you’ll use to boost your character’s stats. Below, we list locations for each higher-tier chest in each region, as well as which level you need in order to get it.