Ni No Kuni Cross Worlds, the latest instalment in the beloved Japanese RPG series, has finally arrived in Europe and North America. This is the first proper Ni No Kuni game developed for Android and iOS, but that doesn’t mean that Netmarble and Level-5 didn’t think about their loyal PC fans. The game has simultaneously been released for the PC as well. And it works great on all platforms. However, some players are not exactly sure about controls on the PC. In this guide, we list all PC controls for Ni No Kuni Cross Worlds. 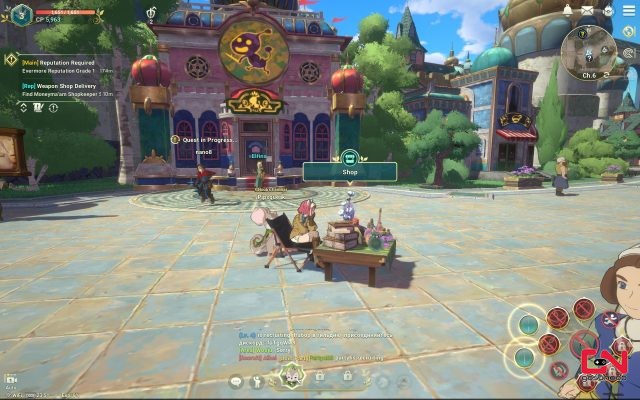 Ni No Kuni Cross Worlds boasts a rather complex RPG system. Despite featuring an automated mode for their battles, players can still execute all actions manually if they wish so. The HUD (heads-up display)is designed with mobile-first in mind, but it also works quite well on PC. However, many players are not sure about the controls on PC. If you are among them, there’s a really easy and instant way to check which key is for what in-game action. While in-game, just press the “F1” key, and all UI buttons will instantly switch from what they do to which key to use to activate them. You can see this in the image below.

As you can see, each action has a dedicated key on the keyboard. Or, in some cases, a combination of keys. Nonetheless, for your convenience, below we’ve listed all actions and their corresponding keys: