Outward was first released in 2019. Featuring an in-depth survival system, a large open world, and several distinct factions you can join, this role-playing game was met with positive reactions from both critics and especially from fans. Now, a new version of the game – called the Outward Definitive Edition, has been released for the PC and new-gen consoles. This edition has all of the DLC that have been released for the game, as well as many other quality-of-life additions and gameplay changes. Players that own the base game and The Three Brothers DLC get the upgrade to the Definitive Edition for free. And while this has been the case for PC users, PlayStation 5 players are having a difficult time getting this to work as intended. We are going to explain what’s the deal with the free upgrade to Outward Definitive Edition on the PS5 right here. 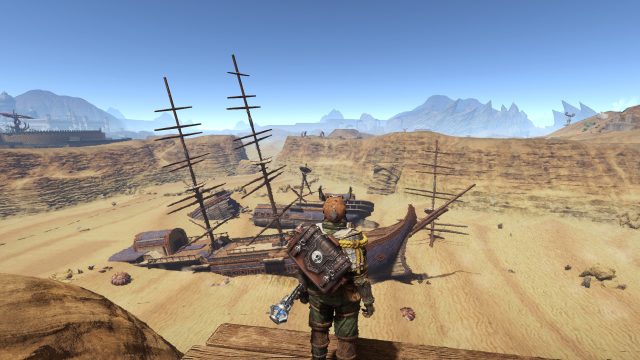 The prerequisite for getting the Outward Definitive Edition free upgrade is the same no matter what your device is. All you need to do is to have both the base game and The Three Brothers DLC and you should be eligible for the DE upgrade. However, there is a problem with the PS5 version, which isn’t granting that upgrade. Normally, if you purchased the Outward and this DLC for the PS4, you should then get the upgraded DE version on the PS5.

Currently, there is a problem with this process, and PS5 players are instead getting a prompt to buy the game instead. Developer Nine Dots Studio is aware of this issue. Here’s their message in its entirety:

“For @Xbox and @PS4 players who bought a RETAIL copy of the game: your free Definitive Edition might not unlock. We’ve only just discovered this and apologize to any users affected. Rest assured, we are currently working on finding a solution. If you are unable to get your upgrade please contact Koch Media via the support page here: https://support.kochmedia.com/us/games/outward. Turns out giving stuff away free was more complicated that we expected. It’s frustrating for us, but I can only imagine how much more frustrating it must be for you who have been affected. We ask only for some patience while we figure it out.”

So, as you can see, you have one of two options here. You can either wait until the developer sorts out this problem on their end, or you can contact their support to get a refund. Since the developer is aware that this is on them, you shouldn’t have too much trouble getting a refund if you have recently bought the game in preparation for the Definitive Edition.

NEXT POSTV Rising Alpha Wolf Location & How to Beat