The GTA Trilogy Definitive Edition is out and with it – the remastered versions of three GTA titles: GTA 3, GTA Vice City, and GTA San Andreas. Besides a fresh coat of paint, these games have essentially remained pretty much the same. As every San Andreas player knows, parachutes are one of the most fun ways to get around the game. In this Parachute Locations GTA San Andreas Definitive Edition guide, we will show you all eight locations in the game where you can find parachutes. 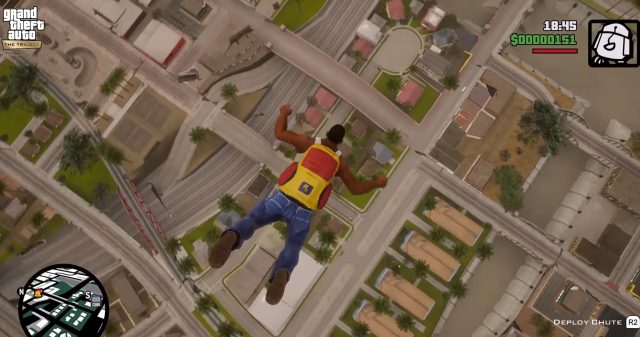 As we said, there are, in total, eight locations in the game where you will be able to get parachutes. We’ve marked these on the map below. When you have a parachute in your inventory, you can then use it in mid-air to cushion your fall damage. Naturally, if you do not use a parachute when you are, for example, ejecting from an airplane, the fall down to the ground will kill you. Thus, the parachute was added to GTA SA as a means of controlling this, as well as getting more control over your movement in the air. If you are interested in other such aerial vehicles, we also have a guide on how to get the jetpack in SA. With that said, let’s see where all the parachutes in SA are:

PREVIOUS POSTHow to Get Prison Barber Job in Bitlife