Looking for the best decks for the Ramp Up Challenge in Clash Royale? Another week, another challenge in the popular free-to-play real-time strategy game. This time around it is a casual challenge, meaning there are no loss penalties. Thus you can relax and work towards your goal of 7 wins. However, if you want to bag those rewards as fast as possible, you will want the best available decks to complete it. Read on to find the best Ramp Up Challenge decks in Clash Royale. 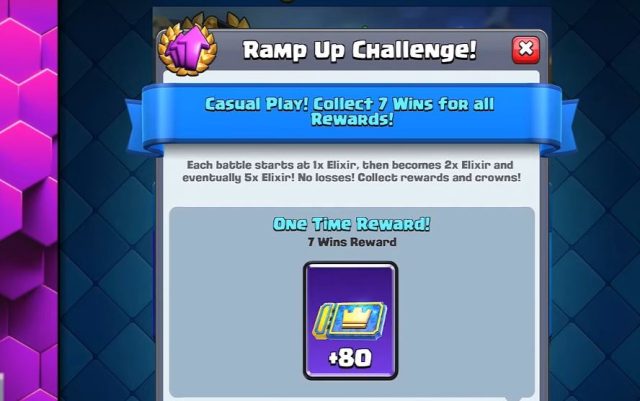 Best Deck for Ramp Up Challenge in Clash Royale 2022

As you already know, the Ramp Up challenge works in such a way that your Elixir production exponentially grows from 1x to 5x. Thus, in the later stages of the game, you will be able to use some of your high Elixir cost cards. For this challenge, you will want to exploit this mechanic and maximise the use of available Elixir. We’ve checked some of the best Clash Royale content creators to see which decks they use, as we trust their skills and game knowledge. Without further ado, we present you with the best decks for this challenge, based on our favourite creators: