Not sure how to get Red Algae in Disney Dreamlight Valley? We’ve got you covered! The Missions in Uncharted Space content update is finally here! Aside from the central stars – Buzz Lightyear and Woody, there’s also quite a lot more to uncover. For example, there are new items and ingredients, such as Red Algae and the Miracle Fishing Bait. In this guide, we explain where to find Red Algae in order to make Miracle Fishing Bait. 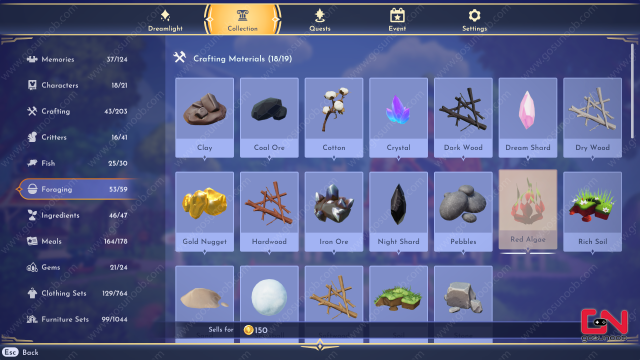 Where to Find Red Algae in Disney Dreamlight Valley

Once you start your adventures in the Disney Dreamlight Valley Missions in Uncharted Space update, Merlin will immediately greet you and share some vital information with you. Upon talking to him, he will excitingly share with you his discoveries. Namely, he has mastered three new potions! Each of these three new potions will improve one of your tools – Your Shovel, Pickaxe and Fishing Rob!

That’s because he has learned the secrets of Vitalys Crystals, an ingredient in each potion. However, in order to make the Miracle Fishing Bait or the Even More Miraculous Fishing Bait, you’ll also need Red Algae. This new crafting material doesn’t have a guaranteed way to drop. Rather it will appear randomly when you’re fishing. When you fish and catch a fish, there’s a chance that you’ll catch Red Algae as well.

While we can not confirm at this point, it is almost certain that any body of water in the game has a chance of dropping Red Algae when fishing. For now, that’s all we know about this new ingredient. However, we will make sure to update the article as soon as we have more information. 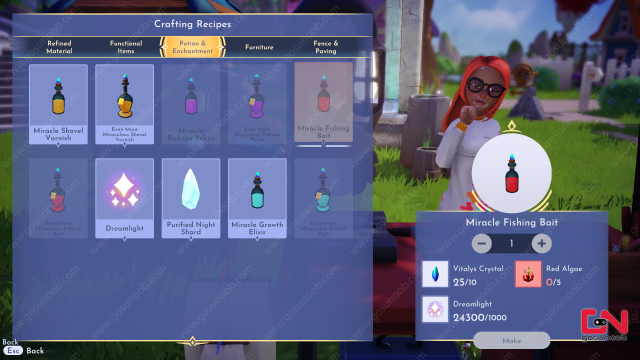