The infamous Secret Cow Level is by far one of the best known things about Diablo 2 – and video games in general – and this has remained the case for Diablo 2 Resurrected as well. While most of the remaster has remained unchanged, the Cow Level is not one of them. So, to help new players and D2 veterans alike, we’ve put together this Secret Cow Level – Diablo 2 Resurrected Gem Activated guide. In it, we will explain not just how to get to this Secret Level, but also what’s the deal with the activated Chat Gem. 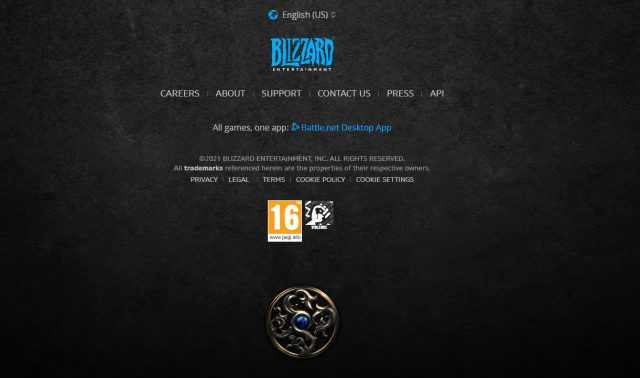 The Chat Gem was a sort of Easter Egg in the original Diablo 2. It was placed between the game and chat windows. When you clicked on it, it would change color. Sometimes, you would also get a message that notified you that “Gem Activated”. From time to time, it would also say “Mooooooo”. It also appeared on the original Diablo 3 website. Now, it’s also a part of the Diablo 2 Resurrected website, too. When you scroll all the way down, you will be able to see it and toggle its colors. Currently, we don’t know if it will be used for something, or if it’s just a nostalgic nod to the past.

To be able to enter this secret level, you will need to rescue Deckard Cain in Act 1. After arriving in Tristram, look for the corpse of Writ. Interact with it and you will get Wirt’s Leg. Be sure to do this before you leave Tristram, as you won’t be able to do it after that. After that, all you now need is a Tome of Town Portal and the Horadric Cube.

Place the Tome of Town Portal and Wirt’s Leg inside the Horadric Cube to combine them. When you have done that, you will open up a portal to the Secret Cow Level in the Rogue Encampment. Note that you can only do this after beating the game. So, to open up a portal to this Secret Cow Level on a normal difficulty, you will first need to have completed the game on the same difficulty.

NEXT POSTShrine of Tribute Journal Locations – Sea of Thieves