The Summoners War Login Failed 2001 error has been a constant issue for the last couple of years for a number of players of this turn-based strategy MMO. The popular mobile title has one of the biggest mobile gaming communities in the world, thus it is to be expected that some issues will appear from time to time. In this guide, we explain what is Summoners War Error 2001 and how it can be fixed. 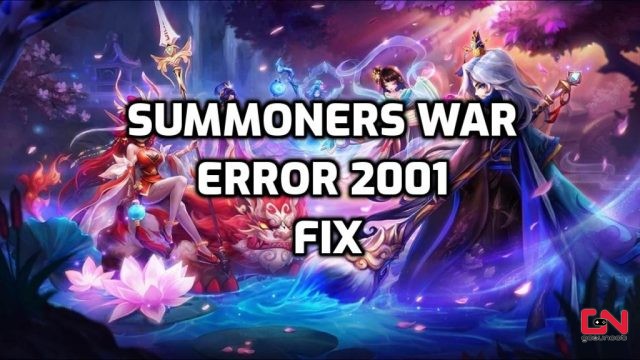 How to Fix Login Failed Error 2001 in Summoners War

If you play Summoners War regular you’ve probably experienced this error at least once during your time with the game. It is a rather common issue that has been bothering many players for years now. It usually appears when you switch devices or when you haven’t logged in in a while.

However, sometimes it can become a constant nuisance, requiring players to insert their login credentials over and over again. This has many players worried that someone is trying to hack their accounts. In that regard, we have good news. Don’t worry, most likely no one is trying to steal your Summoners War account.

So, why is this error happening then? Well, the most probable reason why is this happening is that there’s currently a server outage. The first thing you should do is to try to log in several times if the first time doesn’t work. Many players report that they have managed to log in after several tries.

If that doesn’t work, try restarting the game a few times, and then restarting the device you are playing on as well. Finally, developers themselves advise trying uninstalling and reinstalling the game. Ultimately, if none of these solutions we’ve offered helps with the issue, then you will simply have to contact developers and explain the problem. Let them know what server you are on, your device information, and your current ISP. They should be able to assist you with the problem and remove issues.