Fire Emblem Warriors: Three Hopes has very fun and engaging combat. Featuring an expanded combat system from its predecessor, Fire Emblem Warriors from 2017, Three Hopes feels more kinetic and exciting, with more in-depth options. One of these comes in the form of the Merc Whistle. This item allows you to gift it to a character that Shez has an A-rank relationship with. Once you have done that, you will gain that character’s special ability and you can use it in combat. But the downside is that you have only one Whistle and you can give it to just one character. But how to get the Merc Whistle in Three Hopes and who to give it to? That’s what we’re here to help you with. 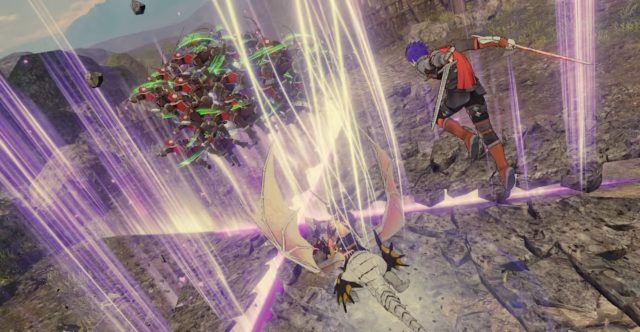 How to Get Merc Whistle in Fire Emblem Warriors Three Hopes

You will automatically get the Merc Whistle in Fire Emblem Warriors Three Hopes at the start of Chapter 10. This is going to happen no matter which of the three story paths you are on. While you can only give it to one character – making this a very important and hard choice – all of your items and weapons are going to carry over to your character when you start a New Game Plus.

Who to Give Merc Whistle To in Three Hopes

There are dozens of Three Hopes characters that you can gift the Merc Whistle to. You need to have an A-rank relationship with a character before you can give them this item. Apart from the ability that you will get through it, this character will also have a few extra lines of dialogue. However, this isn’t a representation of a romance between Shez and this character, but more like friendship. So, while you can give it to just about anyone, our favorite pick here is none other than Byleth. Their Divine Pulse ability stops time for about half a minute – during which you’re free to hack away at immobilized enemies. Though, Byleth can be hard to get, which is why we’ve done an entire guide on how to recruit Byleth for all three story paths.