Not sure where to find Twin Generators & Ever-Revolfin in Xenoblade Chronicles 3? The fourth instalment in the Xenoblade series is here, and it comes with a vast open world to explore, full of interesting characters. Many of these NPCs will require some favours from you, such as various collectable materials. When it comes to Twin Generators and Ever-Revolfin, Harala will be the one to ask you to bring them. In this guide, we explain how to get these materials for the Harala quest in Collectopaedia Cards in Xenoblade Chronicles 3. 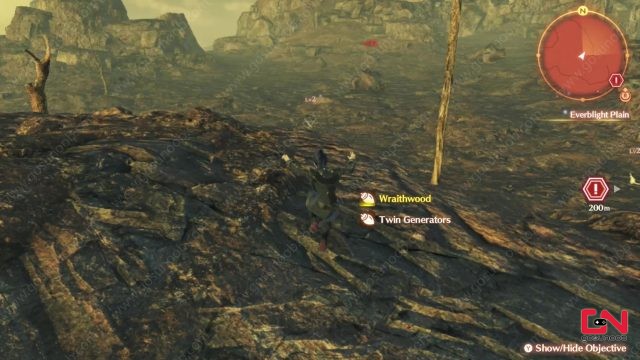 Where to find Twin Generators & Ever Revolfin in Xenoblade Chronicles 3

As we’ve already mentioned, Harala will be one of the very first quest givers you’ll encounter. At least when it comes to Collectopaedia Cards and material gathering. These Collectopaedia Cards quests are great as they essentially work as dumping places for various materials which you don’t actually need. You can hand them over to these NPC. You will be given a starting reward, plus ongoing bonuses. These bonuses are additional affinity, a recurring mechanic in Xenoblade Chronicles games.

The starting reward for Harala is Tool Belt, which you can later use for fast travelling, you’ll also get +6 Affinity and 40 XP. After that, you’ll only receive an additional Affinity (+30). So, where to find Twin Generators & Ever Revolfin in Xenoblade Chronicles 3? Both of these materials are very common in the northern parts of the first map. You should explore the area north of Colony 9, where you met Harala, and you will have no issues finding them there.

Once you have the required materials, just go back to Harala and give them to her. In general, materials in Xenoblade Chronicles 3 have random spawning locations. You can find them in either as drops from monsters or laying around on the ground. They can also be in containers or rewards as a part of the quest. In the beginning, you’ll mostly use them for these quests, but later they will play a big role in making gems. For now, it’s best to simply give them to NPCs to finish quests.