Not sure how to fix Twitch Error Code 77b8c8a0 on Xbox, PS4 or PS5? You’ve come to the right place! Over the last few days, many players have been reporting the 77b8c8a0 error in the Twitch app on their consoles, be it Xbox One, Xbox Series X/S, PlayStation 4, or PlayStation 5. If you’re suffering from this Twitch issue with the “We’re sorry, something unexpected happened” message, here’s how you can fix it. 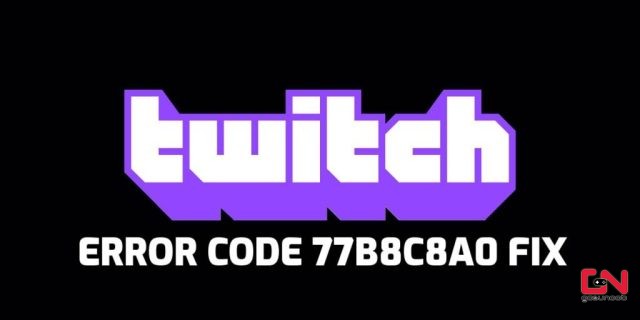 Before exploring potential solutions, let’s first understand why this error occurs. In a vast majority of situations, the most likely case for Twitch Error Code 77b8c8a0 to appear is due to Twitch having an outage. Thus, if Twitch servers are down, there’s not much you can do. In that case, the best course of action is simply to wait for them to bring the servers up again. Hence, the very first action you’ll take is to check the Twitch server status. If the servers are not down, then you should perform a few troubleshooting steps.

The very first thing you need to do is check if your console’s internet connection is stable, fast, and working correctly. If possible, always use an Ethernet cable instead of a WiFi network. The next step is to clear your console cache by power cycling it. Here’s how to do it: