Are War Thunder servers down right now? The popular free-to-play, cross-platform, MMO military game still boasts hundreds of thousands of daily active players after 10 years. Among other things, this is thanks to regular updates, improvements, and new content which keeps the game fresh and exciting. In this guide, we will promptly notify you about the current War Thunder server status and server issues. Including current War Thunder server outages, maintenance schedules, downtime periods, planned updates, and more. 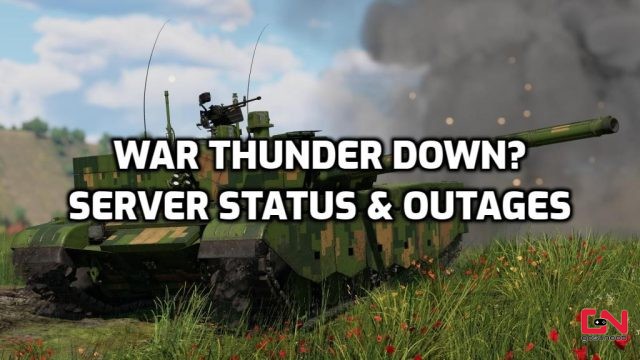 Are War Thunder Servers Down Currently?

At the time of writing, War Thund servers are up and running without any reported issues. However, they may go down at any given moment for a number of reasons. Planned maintenance and updates will almost always require server downtime. And game-breaking bugs and issues may force developers to bring War Thunder down until they fix them. Any unforeseen server issues may also result in server outages. External factors such as DDoS attacks or physical damage to server farms will also cause unplanned War Thunder server outages. No matter what happens, we will endeavour to update this article in a timely manner. Thus, you will always be informed about the latest War Thunder issues and know what caused them.

The best and fastest way to check if War Thunder is down for maintenance or due to server issues is via the official War Thunder Twitter account. There, developers will timely inform you about any planned updates, server downtime or potential issues. The War Thunder support page is another good place to have bookmarked if you play the game regularly. Finally, you can always come back here. We will make sure to regularly and promptly update this article whenever there are some War Thunder server issues.