If you are receiving the Backend Error when trying to launch the game and login to the open beta or to make a character in Darktide, you should know that this is currently a rather widespread issue. Warhammer 40,000: Darktide early access is now live for players around the world. Although, it is also the Pre-Order beta, and that’s why you should expect some issues here and there. Read on as we explain how to fix the Darktide Backend Error. 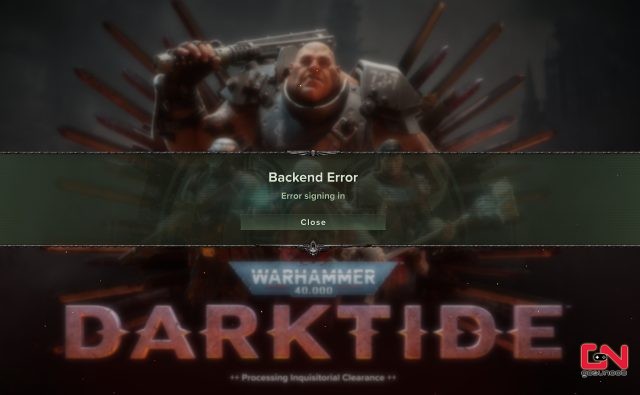 How to Fix Darktide Backend Error

The Backend error in Warhammer 40,000: Darktide is one of the most common ones at the start of the preorder early access. Players are either receiving this error while trying to start the game and log into the Pre-Order Beta servers or when they are going through the character creation process. Or, if you are lucky enough, you might be able to play the prologue, or a match or two, and then you would be kicked out with this message.

This is clearly a problem that should not happen, and we hope that the developers will soon find a solution. However, while we are waiting for the developer to fix it, we can provide you with a few temporary workarounds. The first solution for the Darktide Backend Error is the easier one. “Restart your router or disconnect / reconnect to wifi, someone had this tip on discord and it worked for me,” claims Reddit user Raginor_the_Defiler.

Thus, try power cycling your router first. Turn it off, unplug it for a couple of minutes, and then turn it back on. If this doesn’t fix the Darktide Backend Error for you, we have another option. Namely, numerous players report that enabling VPN worked for them and fixed the issue. Thus, install any VPN service and switch to another region and see if you are still getting the error. For now, these are the only two workarounds that we are aware of. If you know another solution, share it with us in the comments section!