In the first act of Guild Wars 2: Path of Fire, there are four story missions and fifteen achievements. Complete them all, and you’ll gain forty-four points and the ascended amulet First Spear’s Icon (power, precision, healing power, condition damage). Some of them are really easy to miss – that’s why we’ve made this Guild Wars 2 Path of Fire Act 1 story journal achievements guide, to show you how to unlock each one. 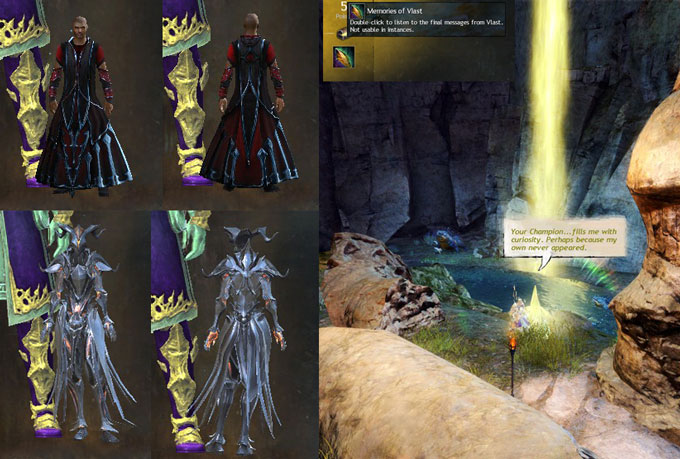 This is the first mission in the expansion. It will reward you with one achievement point and one stash of Kournan Coins upon completion.

Blazing a Trail mission also has a Mastery Point in its reward pool. It has a single achievement.

Night of Fires has three achievements. They are somewhat harder than the previous ones, and one of them even rewards you with a miniature.

Lurking among the Flames

The Sacrifice Story mission is the last one in the chapter. It will take you on a journey to the next map as well, awarding you with an interesting item and one more miniature.

Vlast from the Past

NEXT POSTPokémon Gold and Silver are back in charts