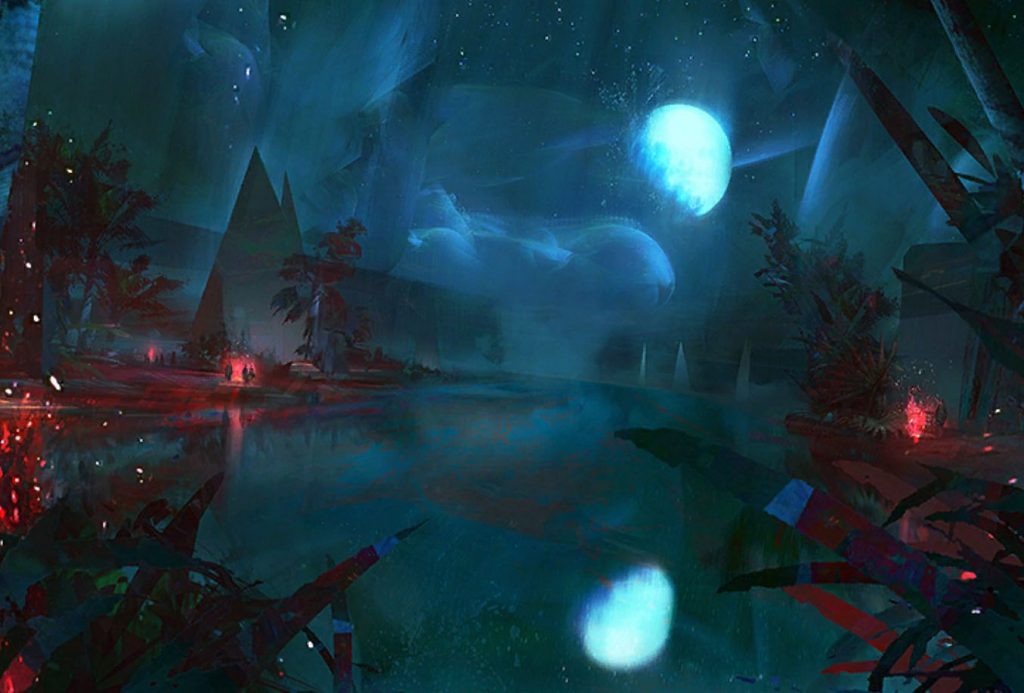 How to get Hidden Path of Fire Act 3 Achievements

There are three hidden achievements in Guild Wars 2: Path of Fire Act 3 story journal. The first two are acquired during the story mission “To Kill a God”, and the third one is found in the last story mission, called “Small Victory (Epilogue)”.The Who Needs a Magic Sword hidden achievement is not so secret if you look at the boons bar at the start of fight immediately. This is a bit hard, since you tend to swing with your new weapon Sohothin right off at the start of the fight, which, in turn, locks the achievement. To receive the hidden achievement “Who Needs a Magic Sword” you’ll need to kill Balthazar without using Sohothin. Even if you use the first skill, without even hitting anyone, it will remove the achievement from the progress bar. So, at the start of the fight, use the swap action key, and make sure you don’t turn it on by accident. 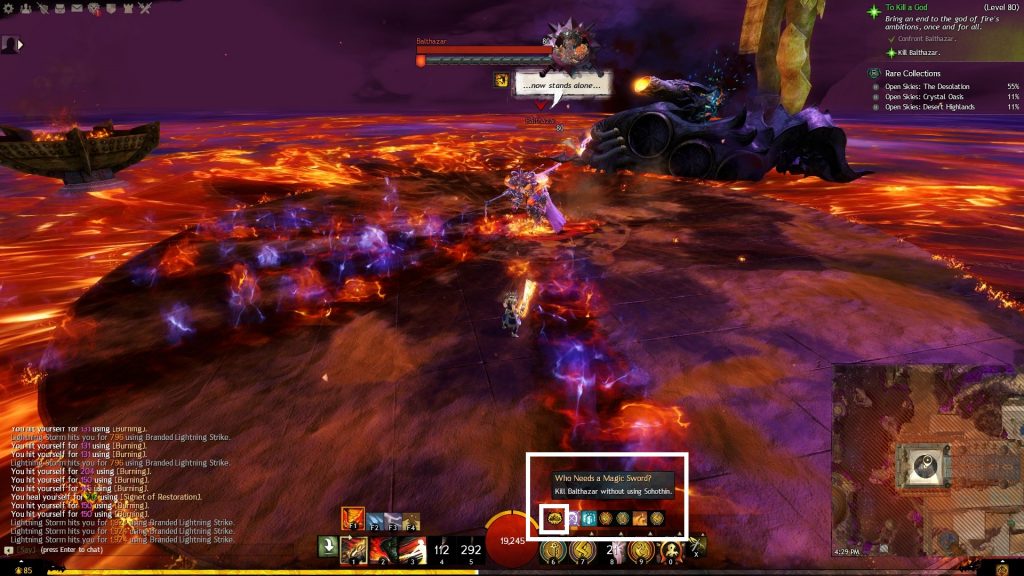 The Won’t Get Killed Again hidden achievement should be showing up in the achievement list from the start of the final fight. It is in the buff bar, along with the other boons. It will remain there until you fail to stop Balthazar’s ultimate attack. This is an attack where he goes to the middle, gains an invulnerability shield, and starts charging the death spell. To receive the hidden achievement “Won’t Get Killed Again” you need to stop Balthazar from casting the ultimate attack.

This is done with the help of Aurene, who leaves a blue circle that you should stand in. This will give you a new action key above your active bars, called “Coordinated Attack”. Once used, it will perform a coordinated, well-timed attack with Aurene, and it will break through Balthazar’s defenses and stun him. This will save you from dying and eventually lead you to the achievement itself. Be sure to free Aurene from time to time, as Balthazar tends to stun her, when he goes to charge his Ultimate attack. There is enough time to do it, and you don’t need to rush it, but be aware of it. If you die from anything else but the Ultimate Attack, you’ll also get the achievement. 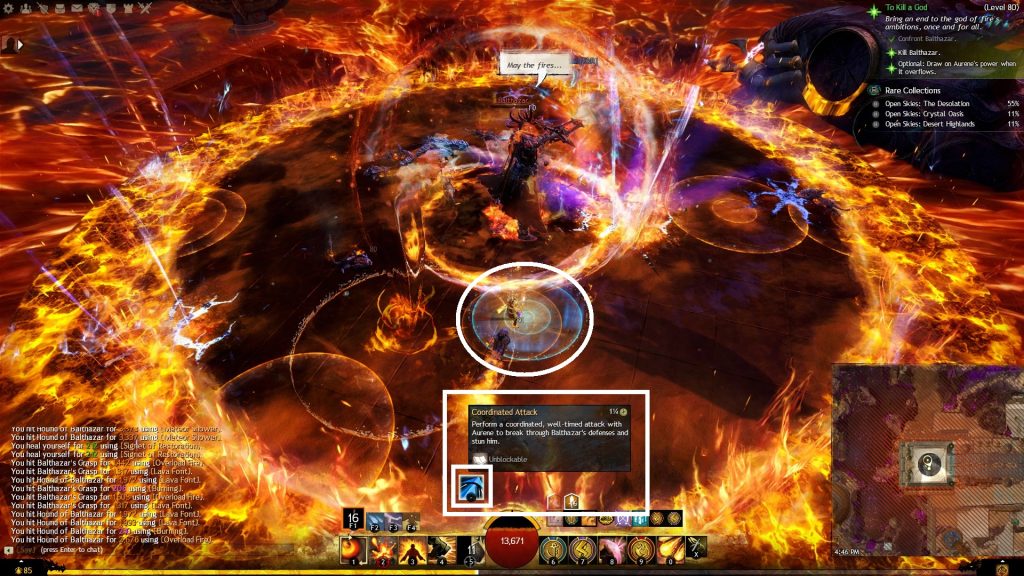 The third and last hidden achievement is called “Saturday Night Fever”. This one is pretty decently hidden, as you won’t get the notification for it on the boons bar. To get the last missing achievement, you need to complete the step where you speak with Chief Councilor Imann during the last Path of Fire story mission. Once you speak with him, the party will start, and the local musicians on the stage to the left will start playing. Go over there and stand below them, really close to the platform, under one of the Casino Musicians. Type /dance in the chat, and enjoy the free achievement points, as you gain the Dance Leader boon (All eyes are on you). 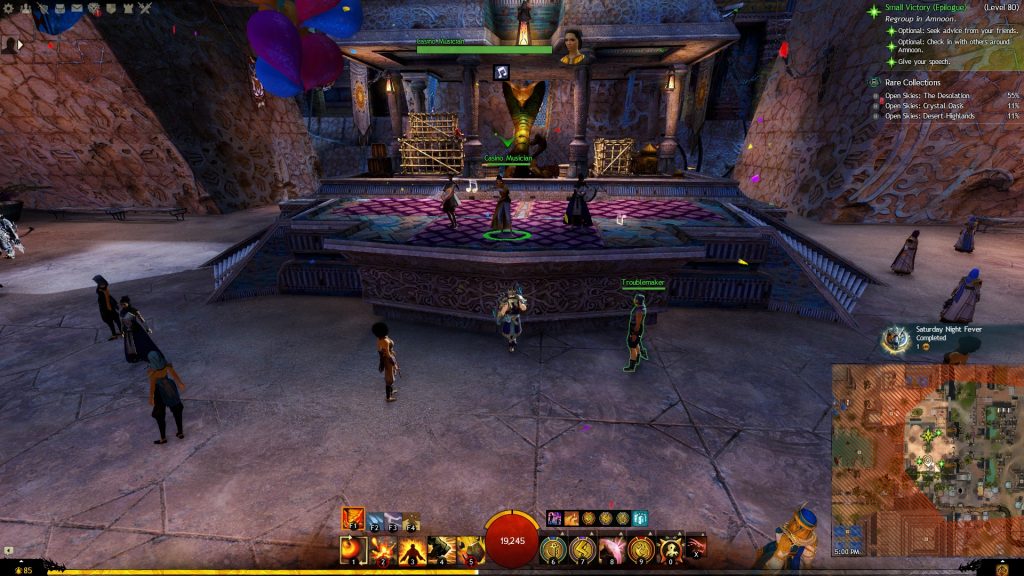 NEXT POSTDestiny 2 Faction Rally – How to Farm Faction Tokens