Well, Gwent’s second major event Kill The Servers 2 is over. We’re all still letting the impressions sink in. One thing is for certain – everybody is eager for more. So while we’re waiting for October 25th and the closed Beta, let’s pass the time by listing the cards that we got to play with. These are pre-made decks, of course, so we’ll have plenty more variety in the full game; but let’s see what we’ve got so far. 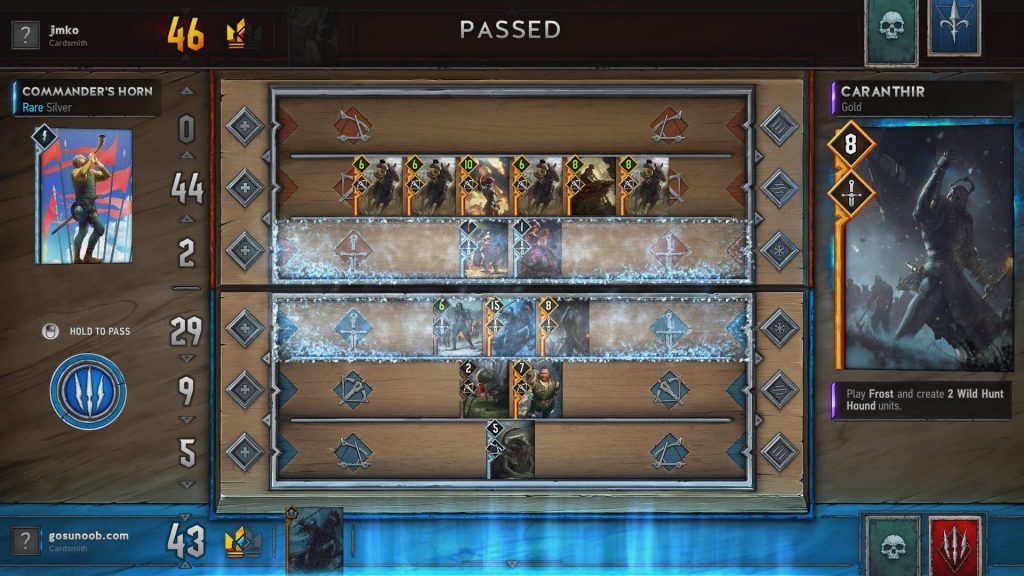 The Monsters are a faction consisting of bloodthirsty beasts and the deadly Wild Hunt. The deck has 15 different cards. The total number of cards in the deck is 25. Their special ability is keeping a random unit on the battlefield at the end of each round.

Leader Card
The Leader Card of the Monsters Deck in Kill The Servers 2 was Eredin.