The Gwent Kill The Servers 2 stress test proved once again that machine can beat man. The servers handled the massive player influx with no major problems. In the aftermath of the bloody war, we’re left with players desperately wanting more. Even the (relatively) bare bones gameplay was engaging, fun and varied. Players got to choose from four different pre-made decks; so, just to tide us over until the closed beta drops, let’s look at one of them. 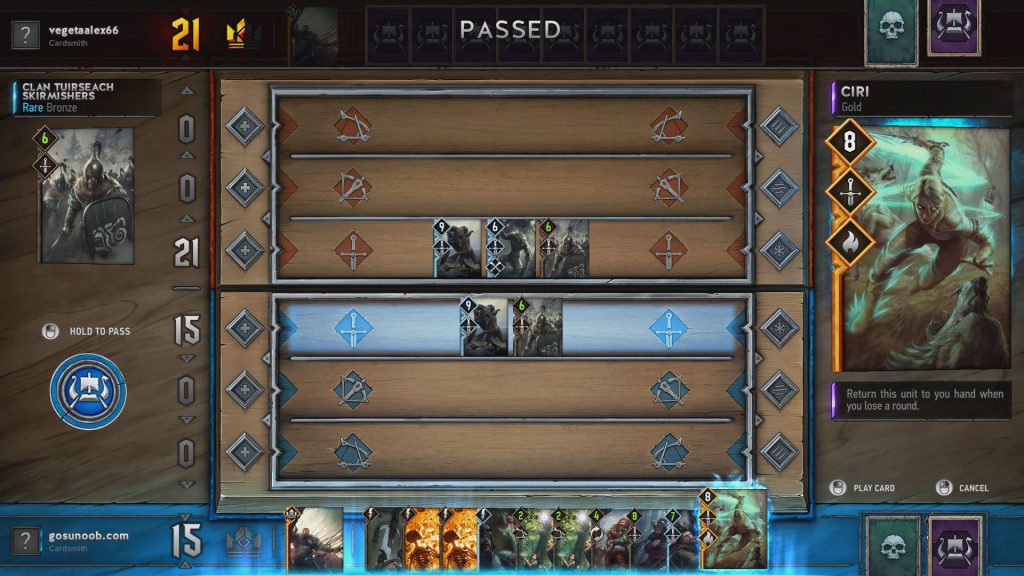 
The Skellige are a people of warrior – sailors from the archipelago of the same name. They are often regarded as pirates by the Continentals. The deck has 16 different cards. The deck has a total of 24 cards. Their special ability is to add 1 to every card to every unit in the player’s hand, deck or graveyard at the end of each round.

Leader Card
The Leader Card of the Skellige Deck during Kill The Servers 2 was Crach an Craite.