Gwent’s first major event Kill The Servers went live yesterday. Its aim was to stress test the servers by inviting as many players as possible.
▼Article Continues Below▼
Despite some reports of bugs and glitches, the servers passed the test with flying colors. The first real taste of the standalone Gwent game featured new cards, new abilities and new mechanics. Gwent seems set to become a serious threat to the other competitive card games. 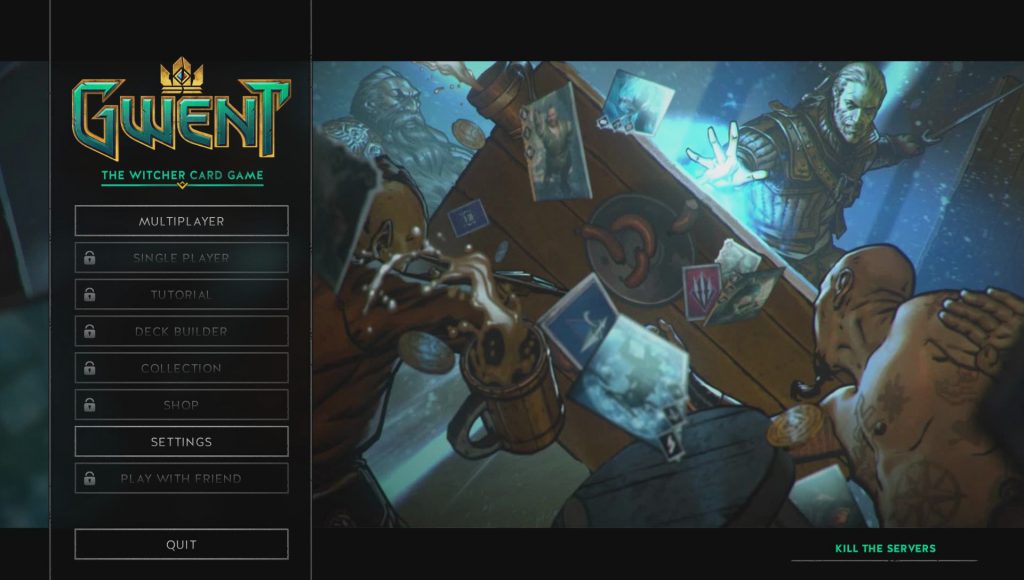 Fans of Gwent flocked in droves to the first major event connected to the game since its E3 demonstration. What they got was an exciting mix of the old and the new. Players got to experience PvP matches using premade decks: The Monsters and The Northern Realm. Players couldn’t access the store and they couldn’t build their own decks. Most of the other features from the final game stayed inaccessible during the event. This was just pure player-on-player combat. The game still showcased many exciting new aspects that more than made up for it.

The game presented three tiers of cards: Bronze, Silver and Gold. Rare, epic and legendary cards exist within those tiers, but it remains unknown how rare each of them are. Gold cards are heroes like Geralt and Shani, and they have special abilities and immunity from status effects. Cards now specify whether or not they affect gold cards. The Scorch card, for example, now kills off the strongest non-gold cards on the board. Some of the new cards include Promote (turns any silver or bronze card into a gold card) and Epidemic (eliminates all of the weakest non-gold cards).

The biggest change from Witcher 3 Gwent is that it now allows players to draw cards between rounds (two after the first round, for example). This change is necessary to keep Gwent a strong competitor to other card games on the market, even if it loses some of its difficulty that hardcore players are used to. Drawing more cards will allow for more styles of gameplay, and it still keeps it distinct from its one-card-per-turn counterparts.

If you’re still doubting that Gwent is set to take the CCG world by storm, I’ll leave you off with one more proof. Upon startup, players were greeted by a disclaimer from Team GWENT, forbidding them to upload any material from the game. They weren’t even allowed to tell anyone that they got the beta. This didn’t stop anybody who was anxious to share their experience. In an act of pure PR genius, team GWENT posted that “since there’s no better proof that you really want to experience GWENT with friends, from now on, please ignore that disclaimer.” They also urged players to “tell us what you think about the game on the forums and social media.” In short, grab a drink, and join me at the gwent table, stranger.