The Gwent closed Beta pre-launch Twitch stream lasted two hours. In these two hours, presenters Kristine Steimer and Michał Dobrowolski showed us a lot of new additions from the upcoming closed Beta.
▼Article Continues Below▼
They played a few rounds of Gwent and showcased some of the interesting new features from the game. So, without further ado, let’s go over some of the stuff we saw in the live stream. 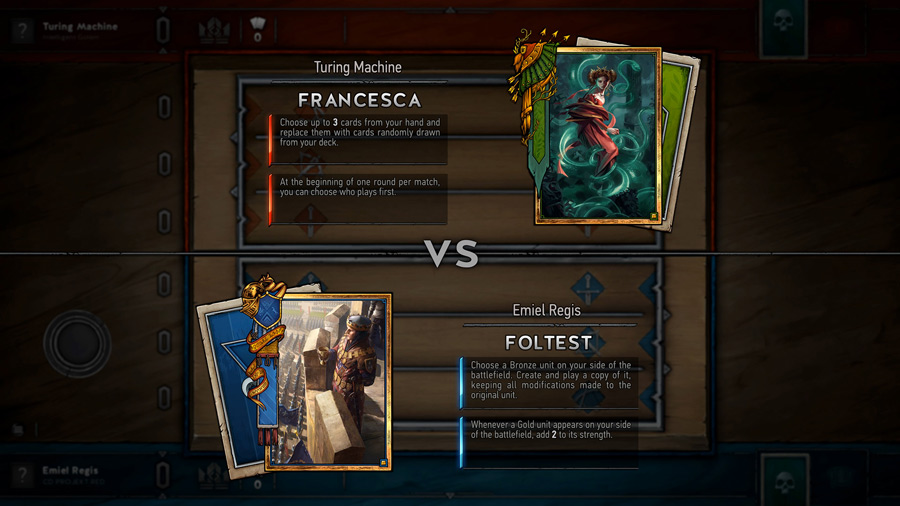 The Gwent Board Design and Gameplay Features

The Gwent board design has changed slightly. The most noticeable difference is that they got rid of the buff/debuff glyphs. This cleans up the board of somewhat unnecessary information. The hand card counter now counts your leader card. Developers have also hinted at new board designs coming our way in the future. 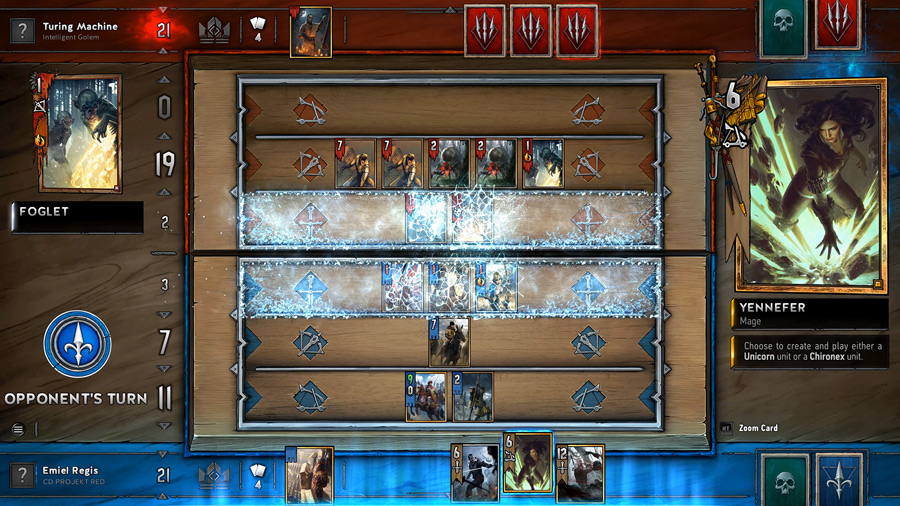 The gameplay has some useful new features. Hovering over the deck now shows you how many cards are left in your deck. You can also browse through your graveyard. Zooming into a card will tell you everything it does. If it musters or summons, it’ll show you exactly which cards it’ll bring to the board.

While the cards still have bronze, silver or gold edges, the frames did undergo a major redesign.

The most noticeable change is that each faction now has a distinct banner on the left. Gold cards have a fancier banner than the rest, with ornaments in the upper left corner. Some fans complained that this made the frame look overcrowded; however, it helps distinguish bronze from gold cards. 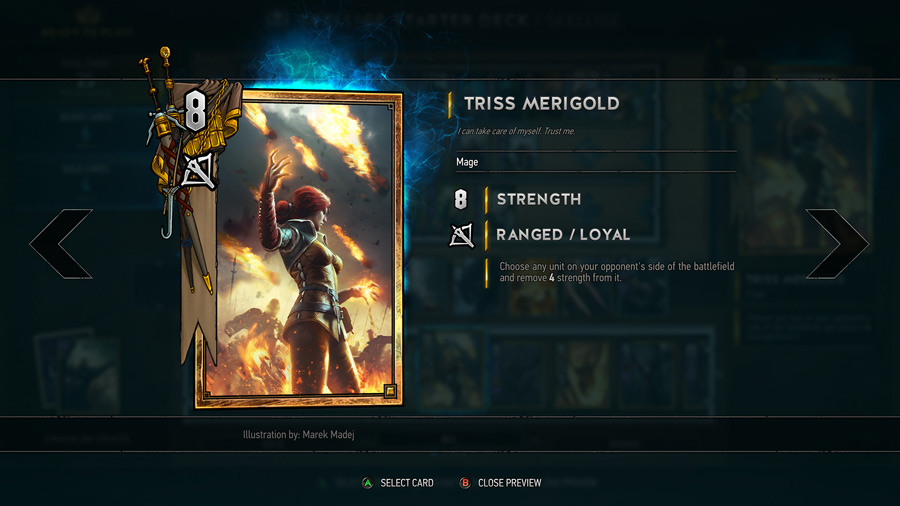 The second major redesign is that card features are no longer in the familiar diamonds. Instead, they are part of a card’s 3D feature, so they still stand out. Disloyal cards now have a red eye symbol, making them instantly recognizable.

The third and relatively smaller difference is that now cards have a small gem in the lower right corner. The gem tells you how rare the card is depending on the color.

This is what we’ve learned so far. All that remains now is to play the Beta and see what happens. Fingers crossed that we all get our keys. Here’s the VOD of the stream:

PREVIOUS POSTGwent In-Game Currency – How to Get It?