Gwent is a free-to-play game offering optional in-game purchases from the store during closed beta that is currently live. Players are able to purchase Card Kegs which contain extra cards for their decks, using real money.
▼Article Continues Below▼
However, that is only possible on PC. For now, there are no microtransactions in Gwent Closed Beta on Xbox One. 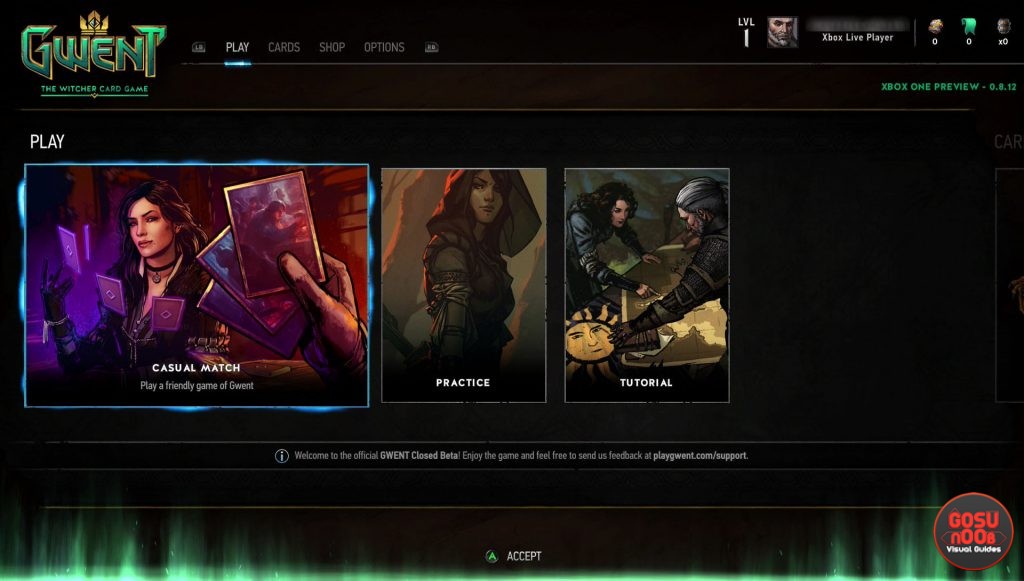 How to buy Card Kegs on Xbox One

CD Projekt Red addressed the following issue with a statement. They said that they are aware that some of the features are missing for Xbox One and that purchasing kegs with real money is exclusively available to PC gamers right now. But they also added that that is not permanent. They are working on adding things like the store and friendly matches to the Xbox One version as soon as they can. The plan is to unlock those features later on and that they apologize for the inconvenience. In the meantime, you can buy kegs using ore, which is earned by playing the game.

This beta is free to play, but to be able to enjoy it on your Xbox One, you need to have an active Xbox Live Gold membership. They also addressed the question of erasing player progress as the beta finishes. They said that should any progress resets happen, they will return you the number of Card Kegs you purchased using real-world currency.

As time passes, their plan is to introduce new cards, mechanics, single-player adventures, language versions and game modes. They said that they can confirm cross-play between Xbox One and PC – and that all other options are being discussed. When Gwent launches on Windows 10 as an UWP application, progress between Windows and Xbox One on the same account will be shared. That means progress and cards are shared between both platforms.

If you were chosen for the beta, check out how to download Gwent Card beta.