Full voice acting is a given in most modern video games, and Halo Infinite Campaign is no exception. Professional voice actors lend their vocal performances to make the characters they voice seem even more real. In particular, players have been smitten with the delightful VA of Cortana / the Weapon, and are wondering who it is that voices them. Well, in our Halo Infinite Cortana, the Weapon Voice Actor guide, we will tell you all about this Voice Actress, as well as several other big VA names in Halo Infinite. 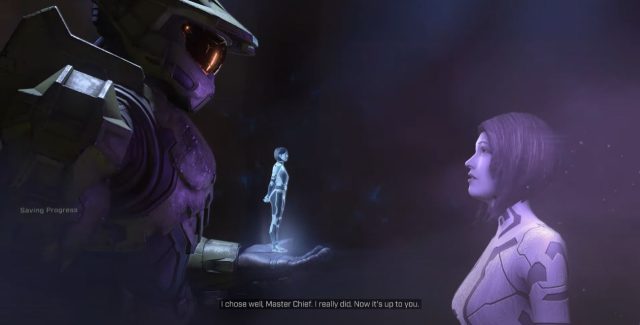 Who is the Cortana / the Weapon Voice Actress in Halo Infinite

The actress that voices both Cortana / the Weapon as well as Dr. Halsey is none other than Jennifer Lee Taylor. Better known as Jen Taylor, she is a veteran voice actress, having voiced the character of Cortana for over two decades, starting with the first Halo game – Halo: Combat Evolved all the way back in 2001. Besides this role, she is also known as the voice of Cortana the Microsoft virtual assistant. She is also set to voice the character of Cortana again in the upcoming Halo TV series which is set to release in 2022.

Besides Jen Taylor, other iconic voice actors have also returned to voice their characters. The biggest of these is, of course, Steve Downes. Like Jen, he is synonymous with the Halo franchise, having voiced John-117 – aka, Master Chief – in every Halo game since Combat Evolved. Since he is over 70 now, the difficult motion capture in the game was done by Bruce Thomas in his place. Besides these two powerhouses, other voices you can hear in the game belong to:

PREVIOUS POSTHow to Get Halo Weapons in Destiny 2